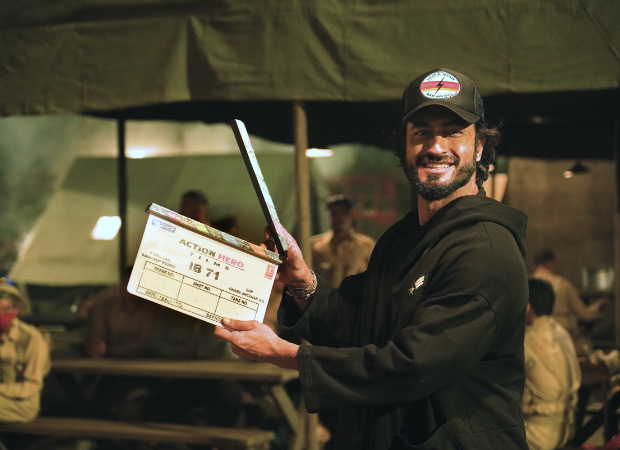 Vidyut Jammwal started shooting for the espionage thriller film IB 71 based on true events; Will produce his first production film with Bhushan Kumar

Action superstar Vidyut Jammwal has now turned producer by launching his production house ‘Action Hero Films’. Who is making his first espionage thriller film IB 71 with National Award winning filmmaker Sankalp Reddy. Our country boy Vidyut has started the first schedule of the film in Mumbai to show the audience a wonderful story through the film. It is a new beginning for producer Jamwal and his first film has hit the shooting floor.

Actor Vidyut Jammwal is playing the role of an intelligence officer, the film IB 71 is based on a true incident, how Indian intelligence officers dodge an entire Pakistani office and provide the necessary assistance to our armed forces to face a two-front war. Gave . This powerful film is captained and directed by Sankalp Reddy, who served the sensitive subject of the film Ghazi very well.

Talking about the first schedule of the film, Producer-Actor Vidyut Jammwal says, “It is a new beginning for my production house Action Hero Films. I am thrilled to support a film that will retell a glorious chapter in history. This is a story of genius of intelligence officers, whom I salute wholeheartedly. Me and my team are grateful that we are starting this year in an exciting way.”

Director Sankalp Reddy says, “The shooting of IB 71 has started in full swing. We are all excited to bring this story to the audience in a way that will be a celebration for the unsung heroes of India. This is a film that will reveal the true definition of what it means to be a hero. I am very happy that we have started well.”

Bhushan Kumar (Chairman and Managing Director, T-Series) says, “We begin 2022 with respect and enthusiasm for our intelligence officers who protect us without any credit. We look forward to honoring him with IB 71. I am very proud to be supporting such a big heart touching story.”

Producer Shibasish Sarkar says that the shooting of “IB 71” has started which I am excited about. This film is about many heroes who have not been exposed in front of everyone. We hope to retell this story in a new way and give the audience a glimpse of the part of Indian history from which it inspired.”

It’s a new year for us & everyone at @ActionHeroFilm1! #IB71 our maiden film as actor-producer goes on floors. Salute to the intelligence officers of India who inspired it. ??

IB71 is presented by Gulshan Kumar, T-Series Films and Reliance Entertainment. The film stars Vidyut Jammwal in the lead role and is produced by Bhushan Kumar, Action Hero Films and Reliance Entertainment. It is co-produced by Abbas Sayyed and directed by Sankalp Reddy. The story of the film is written by Aditya Shastri and the screenplay is done by Storyhouse Films LLP.