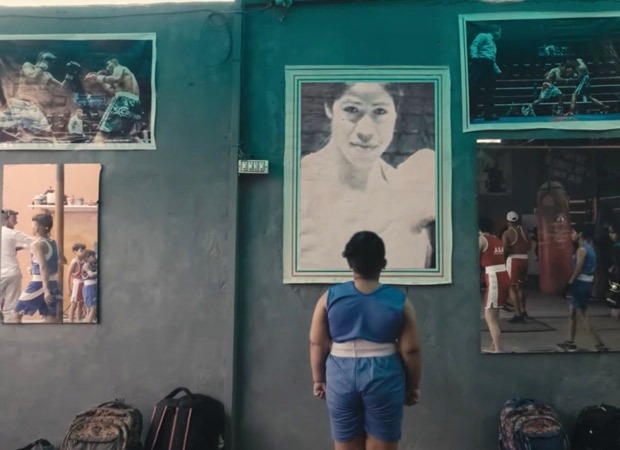 Films News > Blog > Features > Todun Taak: The first soundtrack from Toofaan is a high-octane anthem that pays tribute to all those who win against all odds | Makers pay special tribute to boxing champions across the country with ‘Todun Tak’, the first song of Toofan – Bollywood News in Hindi
Features

Todun Taak: The first soundtrack from Toofaan is a high-octane anthem that pays tribute to all those who win against all odds | Makers pay special tribute to boxing champions across the country with ‘Todun Tak’, the first song of Toofan – Bollywood News in Hindi

After impressing the audience with the powerful trailer of the Farhan Akhtar starrer, Amazon Prime Video today released yet another impressive video from the film’s song ‘Todun Tak’. The high-octane music video gives viewers the strength, will and courage to fight against all odds with the boxing champion “India Ke Toofan” from across the country.

The song ‘Todun Tak’ has been brought to life by famous rapper D’Vill aka Dhaval Parab and music producer Dab Sharma. Todun Tak is a tribute to the fighters who continue to ‘fight’ despite the destruction and imminent defeat. Those who fight inside the ring so that they can live a better life outside it. The battles of our fighters are often against oppression, sexism, bullying, poverty, toward self-defense, a better chance at life. The purpose of the video is to glorify the fighters who almost got knocked out but got back on their feet. Now the storm will really rise!

The action-packed and adrenaline pumping video has been edited by Anushka Manchanda and Sachin S Pillai, who also shot the video. Produced by Walkabout Films with executive producer Ananya Dasgupta, the video is written and directed by Navzar Erani and ‘Toofan’ begins with Farhan Akhtar’s voice.

Presented by Amazon Prime Video in association with Excel Entertainment and ROMP Pictures, Toofan is an inspirational sports drama produced by Ritesh Sidhwani, Rakeysh Omprakash Mehra and Farhan Akhtar. The film stars Mrunal Thakur, Paresh Rawal, Supriya Pathak Kapoor, Hussain Dalal, Dr. Mohan Agashe, Darshan Kumar and Vijay Raj in the lead roles of Farhan Akhtar. Directed by Rakeysh Omprakash Mehra, the high-octane trailer of the film takes us through the journey of a local goon where Ajju Bhai turns from a professional boxer to Aziz Ali. Storm is a story of hope, faith and inner strength driven by passion and perseverance.

Toofan will also be the first film to premiere simultaneously on Amazon Prime Video in Hindi and English in 240 countries and territories starting July 16, 2021.