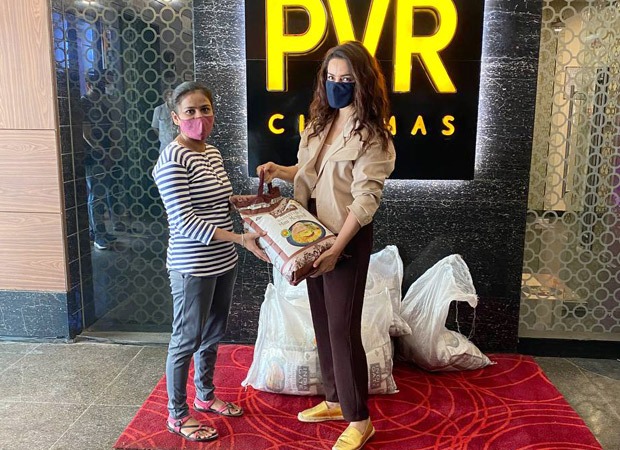 Tisca Chopra went to Mumbai’s suburban theaters this morning and distributed 1500 kg rice packets to theater workers. In this era of epidemic, Tisca Chopra is continuously extending a helping hand towards the needy people.

Talking about the campaign, Tisca says, “We all know how cinema halls have been shut. It’s been almost a year and a half. Single screen theaters have suffered a lot because of this. In normal times, these theaters are the center of the social life of the area—perhaps the only source of entertainment for the people living there. Theater workers are out of work this entire time. I felt that we should extend help in every possible way and thus we decided to take it as a part of our initiative. If each one of us comes forward and helps, we may be able to ease the suffering of those around us, at least in terms of food and basics. Small or big help, it doesn’t matter. 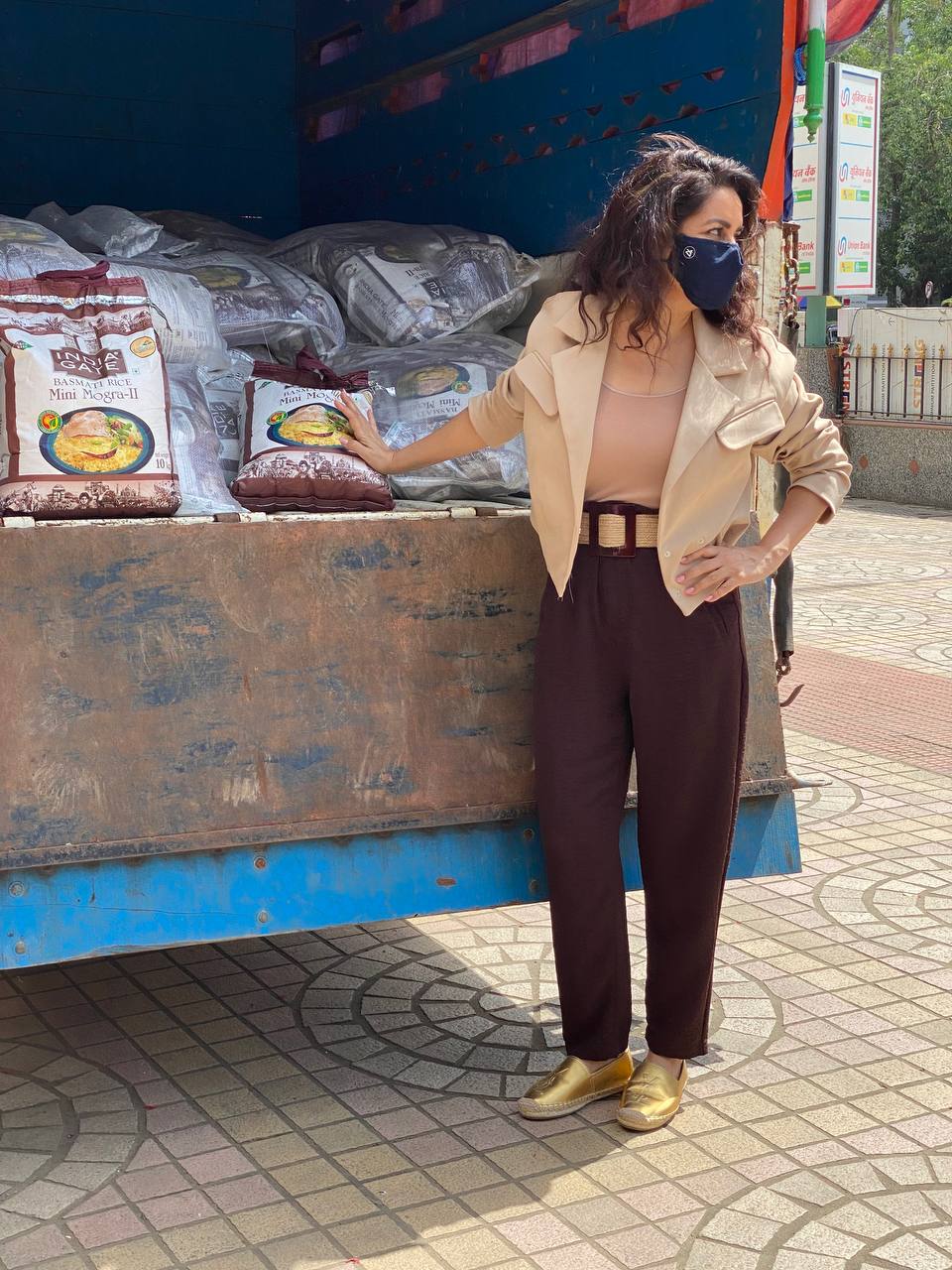 Tisca plans to reach out to all theater workers who have been off work during the pandemic through its initiative Tiscas Table. “We have got a lot of rice to share with those in need. This is very graciously shared with us by a leading India Gate Basmati team in this region. It was at this point that we realized that Tiscas Table needed to put food on real people’s tables, where they might not be able to afford them right now.” Tisca said. 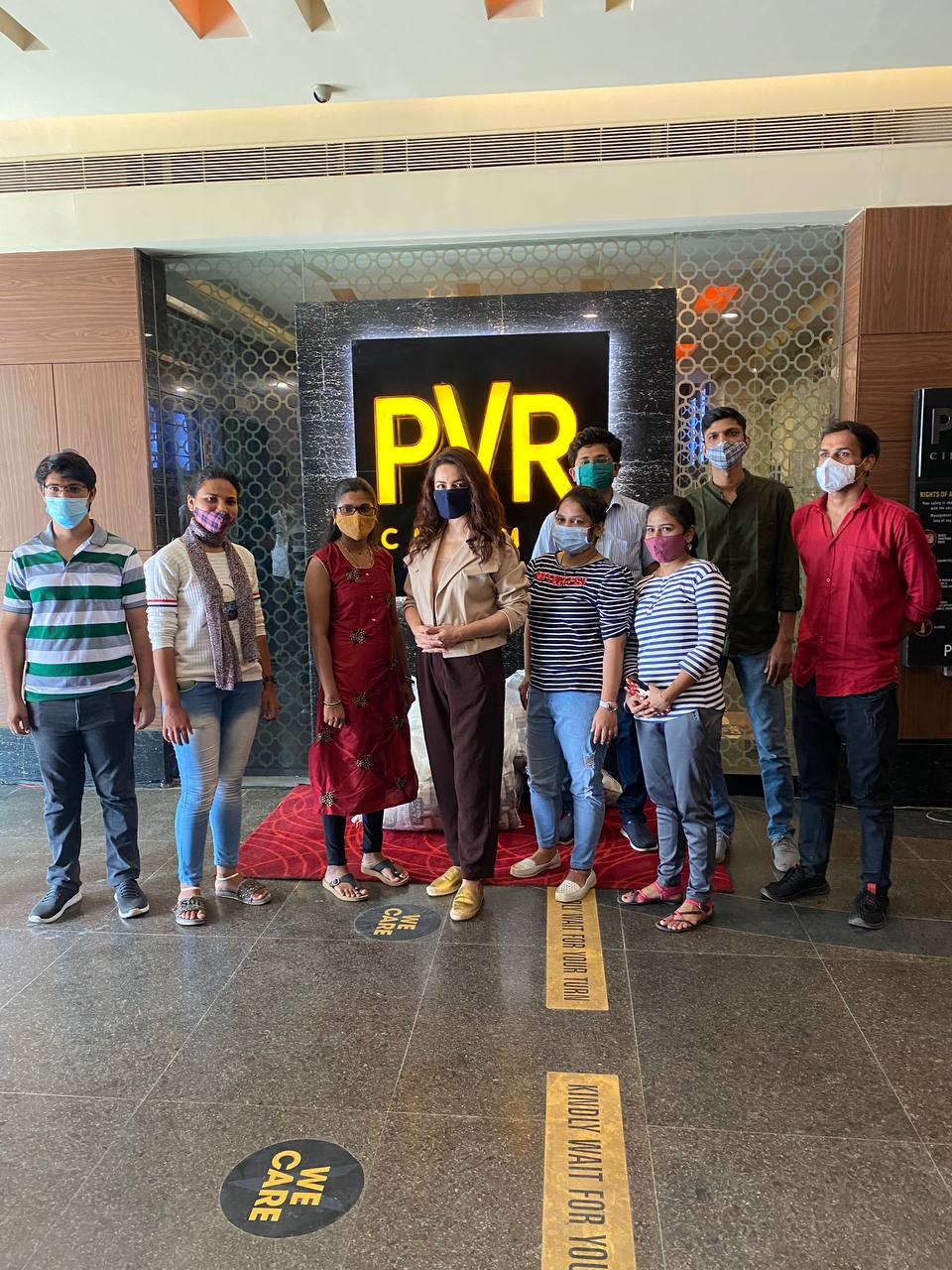 Tisca is also trying to help the daily wage laborers in this pandemic. Tisca continued, “There is not enough work and this is increasingly becoming an issue with the arrival of the delta version and the third wave. With India Gate and Chef Vikas Khanna, we reach out to people who really need the basics. EveryMedia’s Gautam Thakkar along with Theater Workers Association and Mr. Akshay Rathi has been instrumental in setting up this initiative to ensure that food reaches regions across Maharashtra and Vidarbha. We are also working on other ways to reach out to those in need.”