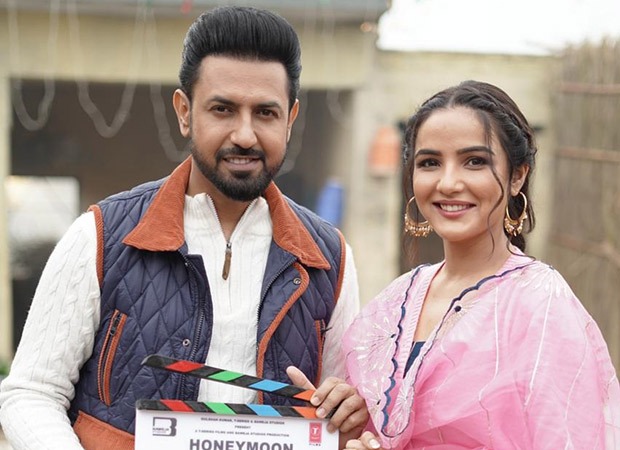 The shooting of Bhushan Kumar, Krishna Kumar, Harman Baweja, Vicky Bahri’s film Honeymoon has started from today. Gippy Grewal and Jasmin Bhasin will be seen in pivotal roles in this Punjabi rom com film produced by Amarpreet GS Chhabda. The film’s lead actors, directors, producers Harman Baweja and Vicky Bahri shared a sneak peek in which they were seen holding clapboards with Mahurat written on them, and also shared that they have started shooting for the film from today in Punjab. Done .

Honeymoon The film is the story of a newly married couple, Deep and Sukh, who are newly married, who want to go on their honeymoon, but Deep’s innocent, extended family doesn’t know anything about honeymoon, they never He has not come out of his village. Thus 16 people go on a honeymoon together, which is only for the lovebirds, and thus begins a laugh-filled journey.

Gippy Grewal and Jasmin Bhasin will be seen in pivotal roles in Honeymoon, a film produced by T-Series Films and Baweja Studios. Directed by Amarpreet GS Chhabra, the film is being produced by Bhushan Kumar, Krishna Kumar, Harman Baweja and Vicky Bahri.