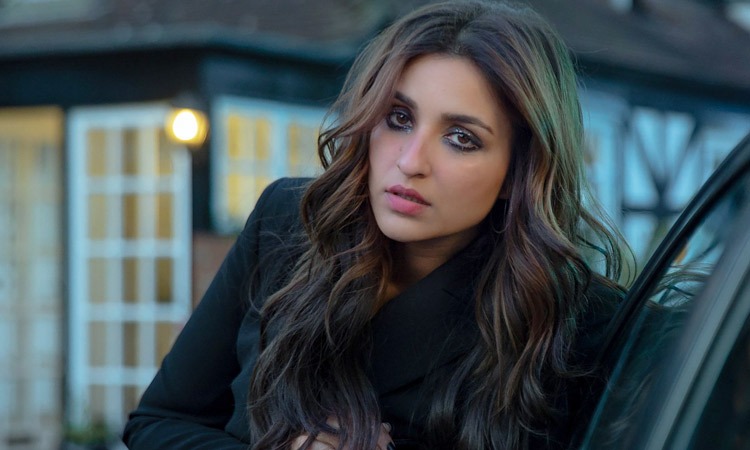 Parineeti Chopra made her stellar debut with bubbly and light-hearted roles and this became her trademark. And now after a hiatus, he has made a comeback of his own kind which is quite the opposite of his earlier image. The unseen avatar of Parineeti Chopra was seen in the film The Girl on the Train, which released this week. This film of Parineeti Chopra has been released on Netflix today. So will it manage to thrill the audience, or does it fail in its endeavor? Let’s review.

The Girl on the Train is the story of a troubled drunken girl who gets caught up in the murder of a girl she doesn’t even know. Meera Kapoor (Parineeti Chopra), who is in London, happily marries Shekhar (Avinash Tiwari). Meera takes up the case of an African man who is killed in a shootout. After which Meera receives threats from the family of accused Jimmy Baiga. Nevertheless, she proves in court that Jimmy is the killer. Jimmy Baga is sent to jail. On the same day, Meera came to know that she was pregnant. After 6 months, Meera feels better as she wants to be a mother. Unfortunately, Meera and Shekhar get into a car accident which leads to Meera’s miscarriage. Her doctor tells her that she is not fit to conceive again. Meera breaks down hearing this and starts drinking. She becomes so drunk that she becomes violent. Because of which he does not remember anything that happened the previous day. Shekhar also divorces Meera while Meera also loses her job. With nothing to do in life, she starts traveling by train from London. His train passes where he and Shekhar used to live. However, next to Shekhar’s house, Meera sees Nusrat John (Aditi Rao Hydari). Whenever her train passes near her house, Meera starts watching her. Meera sees Nusrat leading a lovely married life with Anand Joshi (Shamun Ahmed). She also sees Nusrat dancing without any care in the world. Meera wishes that if she had a life like Nusrat. However, one day, Meera sees Nusrat hugging someone who is not her husband. Nusrat’s good image gets shattered in front of her. Meera feels that she should not cheat on her husband as she knows this pain. This is because Shekhar also started a relationship with Anjali (Natasha Benton), with whom he is now happily married. So Meera decides to teach Nusrat a lesson. She goes to the latter house but the house is locked. After this Meera meets Nusrat in the forest. After this Meera loses her senses and the next morning she does not remember anything. He then learns that Nusrat is missing. Officer Kaur (Kirti Kulhari) is appointed to investigate the case. During his investigation, he comes to know that Meera was furious to meet Nusrat and hence, Meera became the prime suspect. A few days later Nusrat’s body was found in the same forest. What happens next will be known after watching the rest of the film.

The Girl on the Train is based on the 2016 Hollywood film of the same name. But its Hindi remake has not been kept same scene-the-scene, but changes have been made according to the Hindi audience. The makers have also added many new aspects to the film in their own way. Ribhu Dasgupta’s screenplay (additional screenplay by Vidish Malandkar) is average. However, it is a gripping and fast paced story. There is no character development of the supporting characters. The dialogues of Gaurav Shukla and Abhijeet Khuman are decent.

Ribhu Dasgupta’s direction is nothing special. Talking about the good points of the film, he manages to keep the audience hooked. There is so much to see in the film that the audience doesn’t get distracted even for a second. The original film had heavy lines but Ribhu kept it simple. Some of the scenes are really amazing and he manages to get the best out of the cast. Now let’s talk about the shortcomings of the film – the entire focus of the film remains on Parineeti’s character whereas the original film also focused on supporting characters and their background stories which made the film understandable. Even people who haven’t seen the original film will notice these shortcomings. Apart from this, the ending of the original film has also been changed in this. Ribhu has added two twists to it. But it doesn’t work well.

The Girl on the Train starts on a tricky note. In the first 20 minutes, the makers have outlined Meera’s rollercoaster life. Along with this, the track of Nusrat’s disappearance is also interesting. As the film progresses, more and more characters get attached to the story of the film. But then it seems they don’t have much to do. It reduces the effect to some extent. Still, the various developments of the last 45 minutes keep me hooked. The film should have had the best ending but it doesn’t. It is devoid of logic.

Parineeti Chopra delivers a stellar performance and it will surely benefit her. She amazes the audience with her acting as she has never done such acting and character before. She suits the character of an old alcoholic. Kirti Kulhari stuns with her dialogue delivery and presence. Aditi Rao Hydari looks lovely and looks like her role should have been a bit bigger. Because his character brings a turning point in the story of the film. Avinash Tiwari is as dependable as ever. Natasha Benton and Shamun Ahmed don’t have much to do. It is the same with Tota Roy Chowdhury (Dr. Hamid). Visakh Vadgama (Kunal; junior police officer), Diljon Singh (Rajiv), Monisha Hasin (Zahra; Shekhar’s boss) and Suresh Sippy (Meera’s doctor) are fine.

The music is surprisingly good, but it can’t be missed. ‘Challa Gaya Challa’ is quite catchy. ‘Matlabi Yaariyan’ is well woven with the narrative. ‘You are my queen’ is forgettable. Guild Bennaram’s background score adds to the thrill.

Tribhuvan Babu Sadineni’s cinematography is simple yet effective. Sunil Nigvekar’s production design is rich. The costumes of Subodh Srivastava and Sanam Ratansi are very attractive and realistic which matches with the respective personalities of the characters. Pratap Borhde’s make-up is commendable, especially the wound on Parineeti’s forehead. Sangeeth Prakash Varghese’s editing is slow.

Overall, The Girl on the Train is an average film. It especially impresses because of Parineeti Chopra’s stellar performance and fast paced storyline. But the development of the characters and the lackluster climax proves to be harmful for the film.