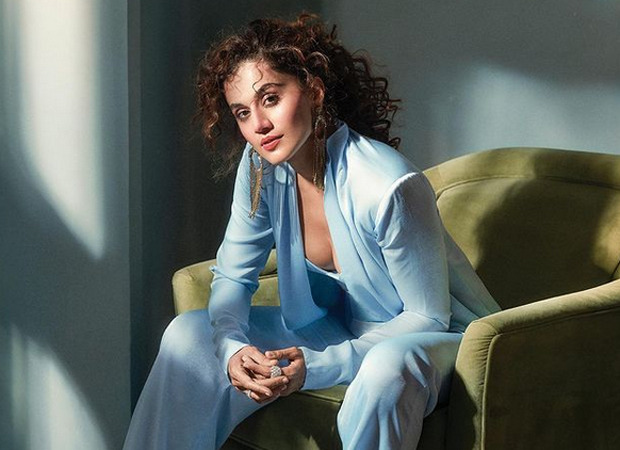 Taapsee Pannu is one of the most successful and talented actresses of Bollywood today. Taapsee Pannu, who stunned everyone with her performances in films like Pink, Mulk, Naam Shabana and Thappad, proved her mettle in women-centric films. Recently, in an interview to Filmfare Magazine, Taapsee Pannu told that these are 3 actresses in Bollywood who have contributed a lot in making the film industry better for female actors.

When Taapsee was asked the names of three actresses who have helped in making the industry better for female actresses, Taapsee said, “If I have to choose the names of three actresses because of which the audience has judged the actresses in terms of acting. Also taken seriously, they are Vidya Balan, Tabu and Priyanka Chopra. Vidya Balan has given great films like Dirty Picture Kahani in her film career. And Tabu because she always makes me curious about what she is going to do next. And Priyanka because of this because she made a special identity not only here but also abroad. These three actresses have helped in changing the perception about the female artiste.”

On the work front, Taapsee will soon be seen in Haseen Dilruba. Along with Taapsee, Vikrant Massey and Harshvardhan Rane will also be seen in this film. The film will release on Netflix on July 2. Apart from this, Taapsee’s upcoming films are Rashmi Rocket, Dobara, Shabaash Mithu, Loop Lapeta etc.