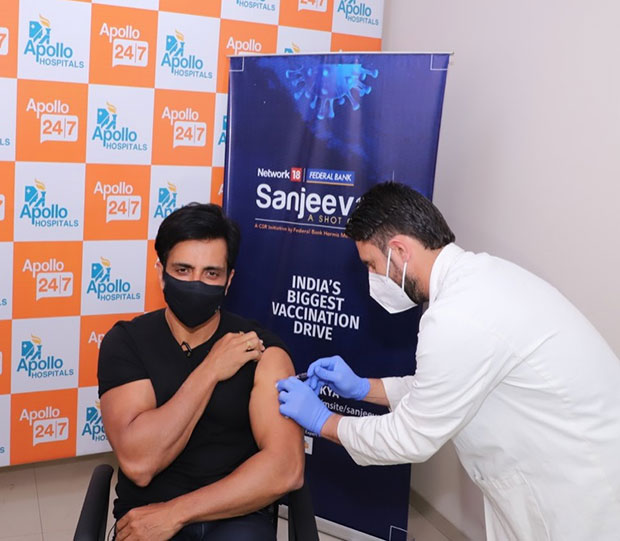 Sonu Sood started a campaign to weaken the corona by taking the corona vaccine, launched the biggest vaccination campaign ‘Sanjeevani’

Sonu posted a picture of getting vaccinated on Twitter and wrote, “Today I have got the corona vaccine and now the time has come for everyone across the country to be vaccinated. For this launched the biggest vaccination campaign ‘Sanjeevani’ which will bring awareness and get our people vaccinated.”

Got my vaccine today and now it’s time to get whole of my country vaccinated. Started the biggest vaccination drive “Sanjeevani” which will bring awareness and get our people vaccinated. @IlaajIndia @Network18Group @SoodFoundation pic.twitter.com/lxhRv004De

People still have doubts about vaccination

After taking the corona vaccine, Sonu said, “I wanted to participate in this campaign because I think it is very important that we can make people aware about this. Some people still have doubts about whether the vaccine should be taken or not. Family members should encourage senior members of their household to take it. This will prove to be helpful for them in the coming future.”

Sonu further said, “We are doing this in many districts. There are also many villages of Punjab. Awareness is still not very high and people still have doubts about vaccination. Due to this I have got the vaccine and I would request everyone not to think twice before taking it. We will set up camp at many places. This campaign is to create awareness among the people. This campaign has been started to take the things related to Corona to the people.

On the work front, Sonu will be seen in the role of lead hero in director Raaj Shaandilyaa’s film Kisan. E Niwas will direct this film.