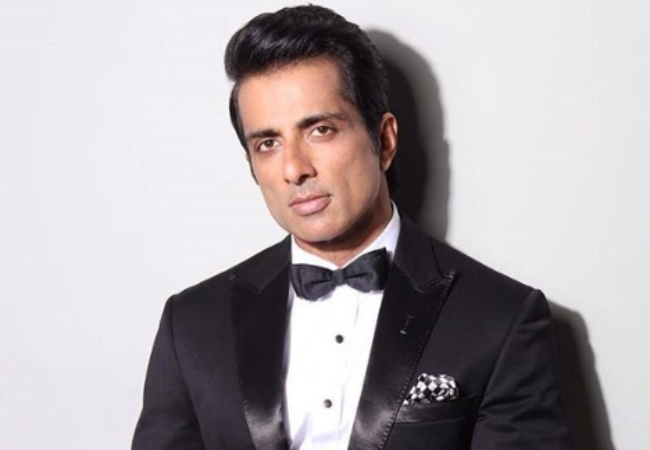 Films News > Blog > Features > Sonu Sood on becoming the hero for the masses during Coronavirus Lockdown | When a man gave Sonu Sood a place in his temple, Sonu had to say ‘Hey brother, don’t do this’ – Bollywood News in Hindi
Features

Sonu Sood on becoming the hero for the masses during Coronavirus Lockdown | When a man gave Sonu Sood a place in his temple, Sonu had to say ‘Hey brother, don’t do this’ – Bollywood News in Hindi

Bollywood actor Sonu Sood has emerged as a messiah for migrant laborers and needy people during the Corona period. Sonu Sood, who took the daily wage laborers most affected by the lockdown to their homes safely, is no less than God for them. Therefore, a person who reached his house with the help of Sonu Sood has started worshiping him by keeping the photo of Sonu Sood in his house of worship. On this Sonu had to say to the person, ‘Hey brother, don’t do this.’

Sonu Sood was given a place in his temple

These days Sonu is very active on social media to help the migrant laborers. So that if anyone asks him for help through social media, then he can immediately reach his help to him. But along with this, Sonu also gets to see some interesting tweets. In which some are thankful for their help, while some share their different problems with them. One such person has posted a video of his house of worship on Sonu’s Twitter, seeing which Sonu had to say ‘Hey brother, don’t do this’.

Hey brother don’t do this? Tell your mother to pray for me every day. Everything will be fine. https://t.co/raG8yQND3K

A person has posted a video on Twitter doing aarti of God, in which the person has also put a photo of Sonu with the idol of the deities and is seen performing their aarti. Tweeting this video, the person has said, “Sonu Sood, whoever unites with mother is God, not every person like Sonu Sood is God. I consider you only God, you saved my dreams and reunited with my mother.

Responding to this tweet, Sonu said, “Hey brother, don’t do this, ask your mother to pray for me every day. Everything will be alright.”

Let me tell you, Sonu was hurt by the working class leaving for his house on foot, so he thought of doing something for all of them. Along with arranging buses with permission from the state governments, Sonu did not stop the process of taking the migrant laborers to their homes. To help these migrant laborers, Sonu has also started a toll free number on which anyone can call for help from them. In an exclusive conversation with Bollywood Hungama, Sonu said, “This war will continue till he takes every single migrant laborer to their homes.”