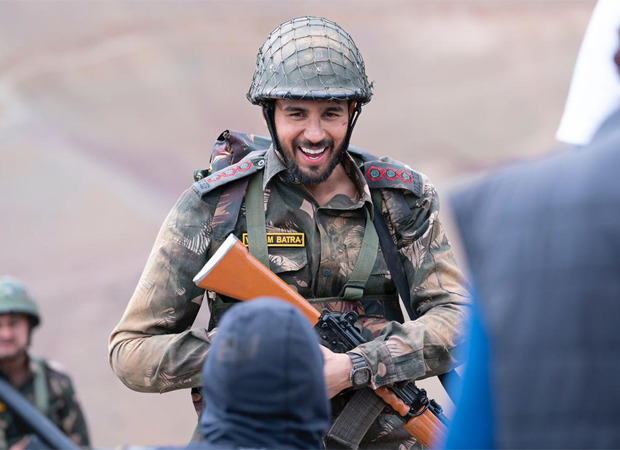 Five years ago the Bollywood actor was first approached by Vishal to play his brother Captain Vikram Batra, the late national hero who fought for his country during the fiercely fought Kargil War between India and Pakistan in 1999. had sacrificed his life for it. Although at the time Sidharth and Vishal were unable to finalize details with a production team for the biopic on Captain Vikram, Sidharth was determined and dedicated to tell the story, which resulted in Shershaah five years later, when Dharma Productions took this opportunity as his own.

“I was immediately attracted to Vishal’s brother. I knew about Captain Vikram but as a teenager growing up during the war. It is only when you hear the true courage and strength of that man that you feel an instant connection and dedication to share his story with everyone – because every Indian should be proud of his valor and patriotism. I told Vishal that we would not stop in our efforts of Captain Vikram and told the story of the Kargil War of the rest of the Indian Army. Five years later, I contacted Dharma Productions and they immediately came on board and we are very happy with the final product”, said Siddharth.

However, preparation for a role of this nature was something new for Siddharth, with the physical demands of Captain Vikram’s character very different from his previous starring roles. Filming for Shershaah maintained a high level of authenticity, meaning the characters had to literally learn the basic training of an armed soldier fighting at the challenging heights set by the Kargil region. Siddharth said, “When you sit down and meet the family and friends of a man like Vikram you realize the importance of telling his story with as much honesty and authenticity as possible. To do otherwise would be injustice. But by doing this, you realize how challenging the Kargil war was from the perspective of terrain and altitude.”

“We were the first to shoot a film about the Kargil war in Kargil. It was common for actors to lose their breath at such a height and we took intense drills, practice etiquette, body posture, body language and weapon training to get into the character’s personality. We wanted the audience to feel that they are actually watching the events of the famous war in which India won against all odds.

Had we fallen on the road, which my co-star Shiv Pandit and I did, we were at risk of infection with open wounds, which would take more than a week to heal. Looking at the film’s schedule, we didn’t have time to heal the cuts, bruises, aches and pains—but honestly, when you’re in Kargil you feel the force of the army in the spirit, driving you. Is . You don’t want to stop… you know they didn’t have that option.”

Spending time with army professionals to learn basic training and tactics of the Indian Kargil War diamonds is tantamount to Sidharth Malhotra’s dedication to the Batra family, telling the story of Vikram’s heroism in an excellent manner, leaving no stone unturned has been abandoned. Speaking on Vishal’s reaction to the final product, Siddharth expressed happiness to hear that Vikram’s brother felt that the film did justice to the heroes of the Kargil War: “Vishal has seen the film and I cannot describe it. How proud it makes me feel. Heard that he is extremely happy with how the film depicts his brother’s story. He was instrumental in mentoring the production team and we are extremely grateful for that.”

“It is truly wonderful to premiere this film in 240 countries by Amazon Prime Video. We are extremely grateful that we can share Sher Shah’s story with audiences around the world and we hope the story of Captain Vikram inspires everyone who watches it.”