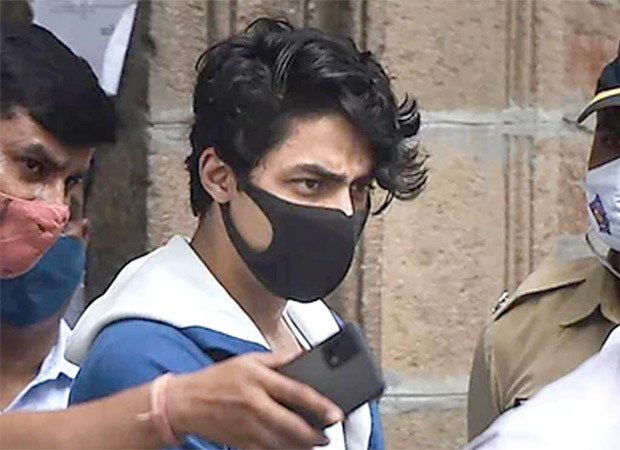 Shahrukh Khan’s son Aryan Khan did not get bail in drugs case, now next hearing will be held on October 20

Shahrukh Khan’s son Aryan Khan, who has been jailed in the high profile cruise drugs party case, could not get bail once again. Aryan Khan’s bail plea was heard in the Sessions Court on October 14, in which the court has once again reserved the decision after hearing the arguments of NCB and Aryan’s lawyer. Now the next hearing of the case will be on October 20. That means Aryan will have to spend 5 more days in jail.

Judge VV Patil, who is hearing Aryan’s drugs case, has reserved his verdict till October 20. The next hearing of the matter will be on October 20. The verdict on Aryan’s bail will be pronounced on the same day.

Advocating Aryan, Amit Desai in his argument said that, today’s young generation has a different way of expressing themselves, which may seem like torture for us older generation. The language used by them may sound somewhat different. What then should happen in a court of law? Those conversations may arouse suspicion, as it should be. But it is important to keep in mind whether this boy is involved in any kind of conversation of drug trafficking or internal drug trafficking.

At the same time, NCB told the court that they have such evidence which shows that Aryan has been consuming banned drugs for many years. Not only this, he has also taken drugs in other countries.

Aryan is now imprisoned in the Common Barracks of Arthur Road Jail. The five-day quarantine of all the 6 accused, including Aryan, has ended in jail. Everyone’s Kovid report has come negative, after which they have now been sent to the general barracks.

Let us inform that, on October 2 in a luxury cruise going from Mumbai to Goa, NCB took Arbaaz Merchant, Munmun Dhamecha, Vikrant Choker, Mohak Jaiswal, Ismat Singh Chheda, Gomit Chopra and Nupur Satija into judicial custody besides Aryan in the drugs party. On 3 October, Aryan was taken into their custody by the NCB. Aryan’s bail application was rejected by the court on 8 October, after which Aryan was sent to Arthur Road Jail.

In the high-profile drug raid in which 23-year-old Aryan was arrested by NCB, NCB found 13 grams of cocaine, 21 grams of charas and 22 pills of MDMA. The NCB reportedly told that there are allegations against Aryan for the purchase, possession and use of banned substances. Aryan has been arrested under sections 8C, 20B and 27, 35 of NDPS.