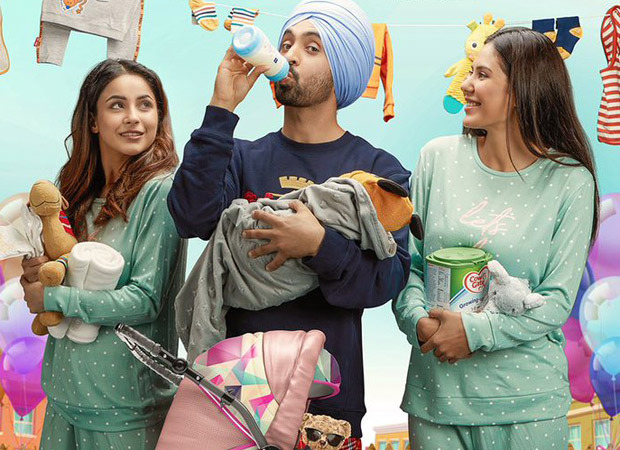 Keep the spirits of Shahnaz Gill and Diljit Dosanjh

Amazon Prime Video today announced the release of Diljit Dosanjh starrer ‘Hausla Rakh’ in India and 240 countries and territories on November 24, 2021. Directed by Amarjit Singh Saron, the film is a romantic comedy set on a father-son relationship as well as a modern day relationship that also stars Shehnaaz Gill and Sonam Bajwa in lead roles. Marking the debut of Diljit Dosanjh as a filmmaker, Hausla Rakh has been receiving an overwhelming response in theatres, making it the highest-grossing Punjabi film of all time. The film is jointly produced by Diljit Thind under the banner of Thind Motion Films and Story Time Productions.

Set in Vancouver, Canada, Hausla Rakh is the story of a lovable Punjabi man who is also a single father, whose life revolves around his 7-year-old son. It all goes well until he decides to find a mother for his child and accidentally meets his ex who is back in town after a hiatus of 7 years. Filled with comedy and heartwarming moments, Hausla Rakh promises an entertaining watch on modern-day relationships and its quirks.

Commenting on the collaboration with Amazon Prime Video, lead actor and producer Diljit Dosanjh said, “Hausla Rakh is special for a lot of reasons. It not only marks my debut as a producer, but also as a tribute to human emotions. Also tells a heart-touching story that will be able to strike a chord with the audience.I love to collaborate with Amazon Prime Video for this film and take this beautiful story to the widest extent of audience across the globe and make them available at my convenience. And glad to give you a chance to enjoy it from the comfort of your homes.”

Looking forward to the global digital premiere of the film, Producer Daljit Thind said, “The audiences watching the film at the cinema hall have loved the film and it is the best feeling as a producer. I am delighted with the release of Hausla Rakh on Amazon Prime Video and I hope the film continues to spread its love and happiness across 240 countries and territories so far.”

Sharing his excitement on the release on Prime Video, director Amarjit Singh Saron said, “As a filmmaker, there is no greater joy than seeing your story so strongly with audiences across the globe. Hausla Rakh is an emotional story told through a relatable and endearing plot. Working with Diljit Dosanjh and Diljit Thind was incredible and we are thrilled with the response the film has already received. I am thankful to Amazon Prime Video for bringing our homegrown stories to audiences around the world and waiting for the service to release.”

Hausla Rakh will release in Punjabi on November 24 on Prime Video in India and 240 countries and territories.

Tags:Shehnaaz Gill-Diljit Dosanjh
Share on FacebookShare on TwitterShare on PinterestShare on LinkedIn Share on TumblrShare on RedditShare on VKontakte
Bollywood HungamaNovember 25, 2021