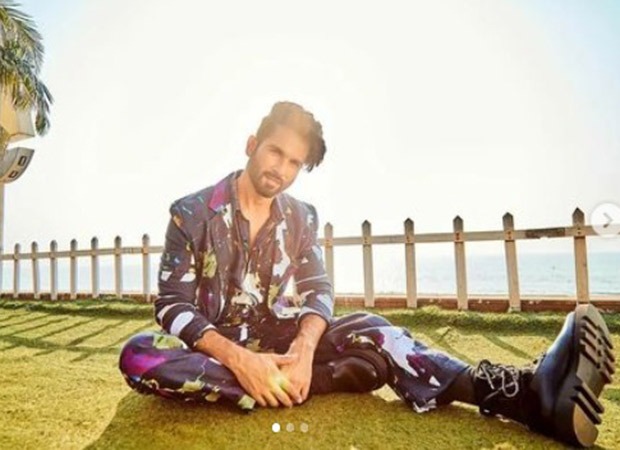 Films News > Blog > Bollywood News > Shahid Kapoor reduced his fees from Rs 31 crores so that the makers of Jersey do not suffer; Instead of releasing on direct OTT, the makers were persuaded to release in theaters
Bollywood News

Shahid Kapoor reduced his fees from Rs 31 crores so that the makers of Jersey do not suffer; Instead of releasing on direct OTT, the makers were persuaded to release in theaters

The release date of Shahid Kapoor starrer Jersey, which was 31 December 2021, was postponed in view of the increasing cases of corona infection in the country. The makers took this decision after the implementation of the new Kovid restrictions. As the danger of new variant Omicron of Corona is increasing in the country, in such a situation, the Delhi government has ordered the closure of cinemas, after which the crisis is increasing on the release of upcoming films. Currently, the makers of Jersey have announced the postponement of its release date. We have an exclusive update on Jersey.

A reliable source told us, “Following the escalating Corona cases, the Jersey team had already come to know that the cinema halls in Delhi might close soon. After this the team of Jersey held several meetings over the last two days as their marketing for the film had started in full swing, which was also on the verge of ending as the release of the film was approaching. He then had a meeting with his digital partner Netflix, who was ready to pay a hefty sum for the digital premiere of Jersey on December 31. The offer that Netflix was giving to the makers of the jersey was really huge and the jersey team was keen to take it too.”

Not only this, the source further added that, “Given the current circumstances that Corona will delay their film by 1 to 2 months, the makers of Jersey were almost ready to release their film on Netflix direct. He felt that instead of increasing the budget of Jersey by stopping the marketing of the film, it was better to do direct OTT. And then there is the entry of the film’s hero Shahid Kapoor, who changed the whole scene. Shahid clearly said that his film Jersey is made for theatre. When the makers talked about the budget and cost of the film, Shahid, showing his generosity, considered it appropriate to cut his fees and requested to release the film in theatres.

Shahid got Rs 31 crore for Jersey

Let us tell you that Shahid has got a fee of Rs 31 crore for Jersey. But the actor without hesitation decided to cut his fees to get the film released in theatres. Regarding this, the source said, “Shahid asked the makers to replace him with the cost of the film by slashing his fees of Rs 31 crore, which will increase due to the delay of the film. If the delay of Jersey increases the budget of the film by Rs 5 crore, then Shahid will take Rs 5 crore less from his fee.

And if the delay of Jersey increases the budget of the film by Rs 10 crore, then Shahid will take Rs 10 crore less from his fee. Jersey is very special for Shahid and he is sure that the film he has made will be loved by the audience. The makers agreed with Shahid and decided to release Jersey in theaters instead of releasing it on a direct digital platform.”