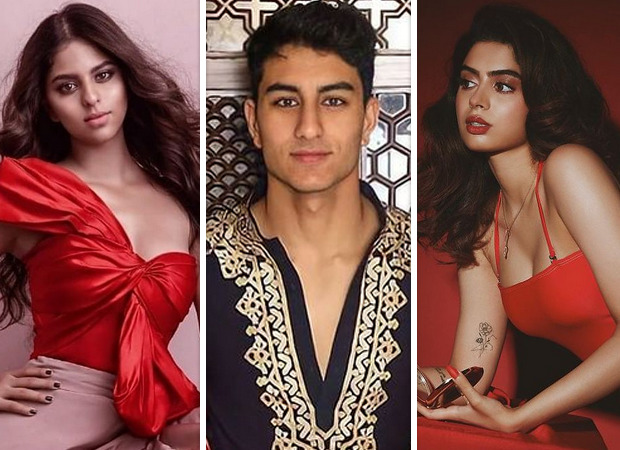 Finally Shahrukh Khan’s daughter Suhana Khan is going to enter the entertainment world. But this time it is not Karan Johar who launched Star Kids in Bollywood but Zoya Akhtar is going to launch Star Kids in Bollywood. Basically, Zoya Akhtar is going to make a desi web series based on the world famous international comic, Archie and in which Suhana Khan will be seen in the lead role. Based on the Indian adaptation of Archie, the series will stream on Netflix.

Not only will Suhana make her debut with Zoya Akhtar’s desi series, but Sridevi and Boney Kapoor’s daughter Khushi Kapoor is also going to make her debut. Zoya Akhtar has roped in two actresses for the two main characters Betty and Veronica, in which Suhana will play the character of Betty and Khushi Kapoor will play the character of Veronica for this series based on the Indian adaptation of Archie.

Apparently Karan Johar was first looking forward to launching both Suhana (whom he treats like his daughter) and Khushi (whose elder sister Jhanvi was launched by Karan in Dhadak). But this time Zoya beat Karan.

The rest of the information about this series based on Archie’s Indian adoption has not been revealed yet. But it is sure that Suhana and Khushi will be seen in lead roles in this.

Apart from this, there is a possibility that Saif Ali Khan and Amrita Singh’s son Ibrahim Ali Khan can also be launched from this series. Ibrahim is likely to play the role of Archie in this series.

Archie is a teenage story, for which Zoya wants to rope in young actors so that they can all be seen as friends. Archie’s story is about a group of good friends. The main characters of Archie are Reggie, Jughead, Betty, Veronica, Moose, Midge, Dilton, Big Ethel, Mr. Lodge, Miss Grundy, Pop Tate, Mr. Weatherby, Smithers, Stevens.