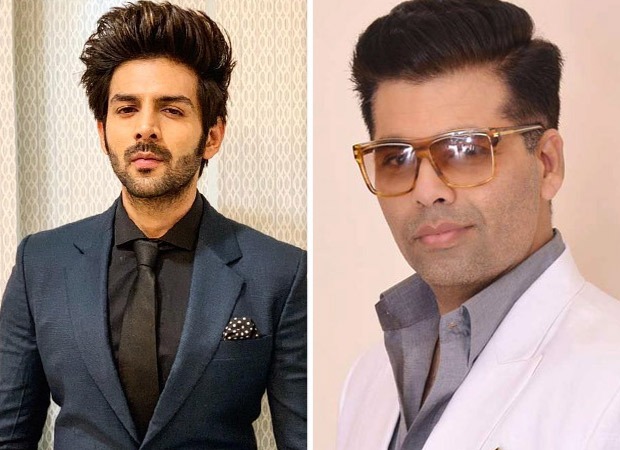 Films News > Blog > Bollywood News > SCOOP: The real reason for the distance between Karthik Aryan and Karan Johar has now come to the fore, both of them have cleared the whole issue.
Bollywood News

SCOOP: The real reason for the distance between Karthik Aryan and Karan Johar has now come to the fore, both of them have cleared the whole issue.

Recently, the news of the rift between Karthik Aryan and Karan Johar caught a lot of emphasis. After shooting for 20 days for Karan Johar’s Dostana 2, Kartik suddenly quit the film. After which an official statement was issued by Dharma Productions saying that Karthik is no longer a part of Dostana 2. Not only this, Karan also decided not to work with Kartik again in future. Although nothing is concrete about what was the real reason behind it, but different types of speculations were made. Some fully supported this decision of Karan while some criticized it.

The distance between Karthik Aryan and Karan Johar

It was said that Karan Johar was fed up with Karthik’s unprofessional attitude, so he had to take this decision. Also, Karthik’s break-up with Jhanvi was also cited as one of the reasons. So now Bollywood Hungama tried to find out the real reason behind this whole matter which will clear that what happened between Karan and Karthik which led to this decision.

“Actually Kartik signed for Dostana 2 in 2019 for just Rs 2-3 crore and now his market value has increased to Rs 10 crore. Initially where Karthik asks Karan to increase his acting fee as his market value has increased a lot in the last two years. At the same time, Karan believed that in this way, Karthik’s demand to increase his fees in the middle is not right. However, to make up for it, Karan offered Karthik his second film, Mr. Lele.

After this, Karan offered Karthik another film which was cricket based, which is going to be directed by Sharan Sharma. To avoid being out of the film, this time Karthik clearly asked Karan to sign a contract with him for the same.

Giving details about this, an insider said, “Meanwhile, the reasons for not shooting for Dostana 2 due to Karthik’s corona pandemic started coming to the fore. Karan also did not force Karthik about this as he was understanding the current situation very well. But then Karthik started and finished the shooting of Dhamaka during this time and this upset Karan. Karan and Karthik had also met each other about this and Karan also expressed his displeasure in front of the actor.

Karthik was adamant that he would not shoot for Dostana 2 until he was made to sign a contract for Sharan Sharma’s film. Kartik finally told Karan that, “I will start shooting for Dostana 2 only when the contract for Sharan Sharma’s film is signed. Karan felt that Karthik did not believe him. At the same time, Karan was not signing any contract because he did not have any screenplay and script locked for this film then. The source informed.

Karan then decided to start shooting for Mr Lele in April with Jhanvi Kapoor and Vicky. When Karthik came to know about this, he was very angry with this. Kartik informed the production house that he will have the dates for Dostana 2 after April this year. Karan understood what was going on in Karthik’s mind. However, we have also heard that the conversation between Karthik and Karan is also closed.

The source finally said, “Karan did not like this unprofessional attitude of Kartik after which the distance between the two kept increasing. At the same time, Karthik felt that he was being paid very little while his acting fees have increased a lot. At the same time, Karthik also felt that Karan did not even fulfill the promise made to Karthik for his second film. Apart from this, Karthik’s relationship with Jhanvi had also soured.

After Karthik’s exit, Dostana 2 will now be made with Jhanvi, Laksshya and another actor for which the hunt is on.