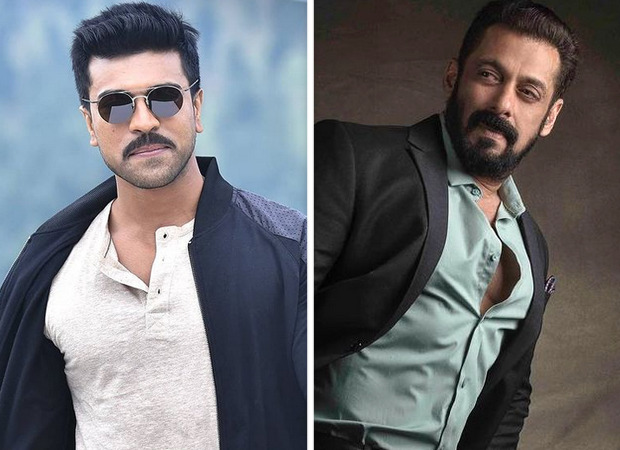 Ram Charan and Shankar’s pan India film RC 15 has been in the news since its inception. RC 15 starring Ram Charan will be directed by Shankar while produced by Dil Raju and Shirish. The shooting of action packed drama RC 15 will start from June. And now Bollywood Hungama has exclusively learned about this film that the makers of the film want a big Bollywood star to be present in their film. Not only this, the director of the film Shankar and actor Ram Charan want Salman Khan to play a special role in their film.

“The story of the action packed drama RC 15 features a character who is that of a cop and this character takes the story of the film forward. The makers want Salman to play this character. So Shankar and Ram Charan will be meeting Salman very soon.” A source close to the Hyderabad film industry told us.

The makers feel that although Shankar and Ram Charan’s pairing together in the film is a big deal in itself, being a pan India film, Salman’s presence in the Hindi speaking regions will add to the appeal of the film. The source added, “The role offered to Salman is author backed, it is not a lead role but also not a cameo but more than that. This character has an important role in the story of the film.

The source further added that if things don’t work out with Salman, then the makers will approach another senior Bollywood star for the role. “This cop character in the film should be bigger than Ram Charan and has heavy dialogues and action. Also his screen presence takes the film to a different level.”

By the way, if Salman does yes to this role, then this will be the dream combo of Ram Charan, Shankar and Salman, which everyone will be waiting for.