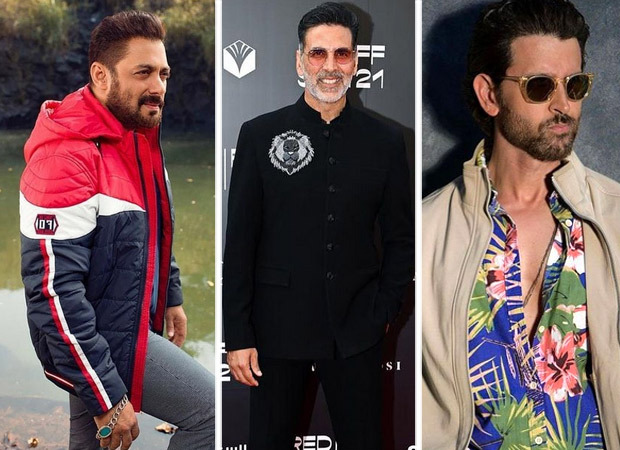 Aanand L Rai’s romantic comedy drama Atrangi Re is just days away from its release. In such a situation, the excitement about the film is increasing. Although the film has garnered a lot of accolades with its songs and trailer till now, the main plot of the film is yet to be revealed. Sara Ali Khan, Akshay Kumar and Dhanush will be seen together for the first time in this film. But just a few days before the release of the film, we came to know exclusively that Salman Khan was the first choice for Atrangi Re.

Salman Khan was the first choice of Atrangi Re

A source close to the film told Bollywood Hungama, “Atrangi Re is basically rooted in the concept of desirable men and Salman Khan’s name first came to the mind of the makers for the role. However, Salman really liked the script of the film. It came and the concept was also good but due to some reason things didn’t work out.”

The source further added that this is the second time that Aanand L Rai should have roped in Salman in his film but things didn’t work out. Earlier, Aanand L Rai had approached Salman before Shah Rukh Khan for Zero.

When Salman had said no to this film, then the makers approached Hrithik Roshan.

“Like Salman, Hrithik is also one of the most sought after actors of Bollywood. He has a huge fan following among female fans. Aanand L Rai also had several meetings with Hrithik for Atrangi Re. Hrithik almost signed the film. Was about to do it but he finally refused to do it.”

The source further added that after Salman and Hrithik’s refusal, Aanand L Rai approached Akshay Kumar with hesitation but he agreed to do the film in no time.

“Akshay is known to be a risk-taking actor and he decided to do this film shortly after hearing the script. Akshay recognized the soul of the film and showed keen interest in doing it. Atrangi Re Apart from this, Akshay and Aanand L Rai are doing two more films together – Raksha Bandhan and Gorkha.” The source told

Atrangi Re releases on December 24 on Disney+ Hotstar.