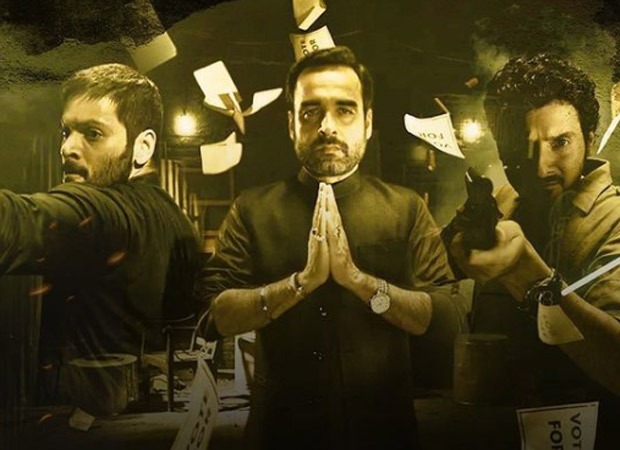 Scoop: Ritesh Sidhwani gives a clue on crime thriller ‘Mirzapur 3’ releasing next year | Scoop: The makers gave a big hint about the crime thriller web series Mirzapur 3, to be released next year – Bollywood News in Hindi

Adorned with gripping storyline, thrills and scintillating performances, both the so far seasons of the hit web series Mirzapur starring Pankaj Tripathi, Ali Fazal and Divyendu Sharma – Mirzapur and Mirzapur 2 have won the hearts of the audience. And now the fans are eagerly waiting for its third season. Seeing this enthusiasm of the fans, the makers have given a hint about Mirzapur 3 which will surely increase the anticipation of the people. The producer of Mirzapur series, Ritesh Sidhwani recently told that he will start shooting for Mirzapur 3 this year and will release it next year.

Shooting of Mirzapur 3 will start from this year

Looks like fans will not have to wait long for Mirzapur 3 as the makers have started preparing for its third season. Ritesh Sidhwani, co-founder of Excel Entertainment and producer of Mirzapur, said that he is writing the story of Mirzapur 3. He had thought of starting its shooting this year but then the second wave of Corona ruined all the planning. After this, the rain in Mumbai is also hindering the shooting.

But at the same time, Ritesh Sidhwani also promised to start shooting for Mirzapur 3 from this year itself. And he told that he will be able to release it only next year.

Mirzapur is one of the most popular web series on Amazon Prime Video. Pankaj Tripathi, Ali Fazal and Divyendu Sharma have played important roles in the series. The series depicts Mirzapur as a city in which a businessman named Kaleen Bhaiya, getting political backing, deals in illegal guns, opium and other dark black businesses. The entire battle in the series is shown about the chair of Mirzapur.