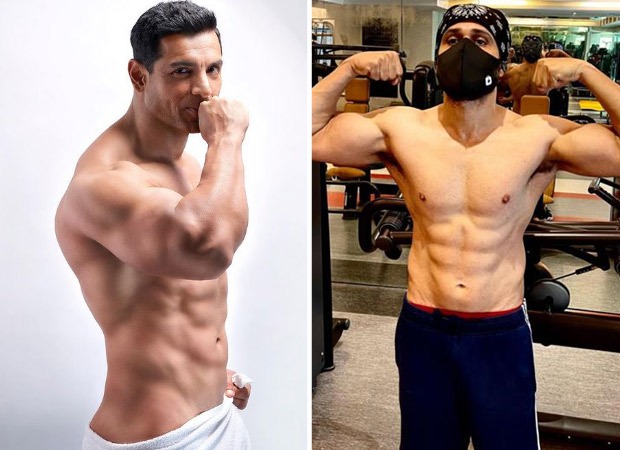 Bollywood Hungama continues to provide its readers with exclusive updates about the upcoming much awaited films of two Bollywood superstars – Shah Rukh Khan and Salman Khan, Pathan and Tiger 3 respectively. While John Abraham will be seen as the dreaded villain in Shah Rukh Khan’s Pathan, Emraan Hashmi will be seen in a negative role in Salman Khan’s Tiger 3. John Abraham and Emraan Hashmi have worked hard for their respective negative characters. And Bollywood Hungama once again has exclusive information about this.

John and Emraan have left no stone unturned to make their respective negative characters more dreadful in Pathan and Tiger 3. A trade source told Bollywood Hungama, “Shah Rukh and Salman have different personalities. And so Aditya Chopra, a producer of both the films, was clear about the fact that his enemies should not seem too weak or too strong in front of both of them. While Shah Rukh has a distinct swag, style and body language, the makers of Pathan have kept John’s character slim in the look.

John has reduced his muscles and biceps to compete with Shahrukh in Pathan so that he is equal and not more powerful in doing fight scenes with Shahrukh. In Pathan, John has become such a freelance terrorist who can do anything for anyone for money. Therefore, the makers did not give any heavy look to John’s character. Apart from this, it can be said that a completely different look of John will be seen in this film. The fight scenes between John and Shah Rukh will surely be greeted with whistles and applause in the theatres.”

On the other hand, if we talk about Emraan’s negative character in Tiger 3, he has made his body for this character. Emraan has built from his biceps to muscles and six pack abs so that he does not feel weak to compete with Salman in Tiger 3. Talking about Emraan’s character in Tiger 3, the source told us, “Salman’s personality and dialogue delivery are very strong, so the villain he has to compete with should also look strong in front of him. A weak looking enemy in front of Salman will not be able to make much impact on the audience. So Imran was advised to build his body.

Deepika Padukone will be seen alongside Shah Rukh and John in Pathan. This film will be released in the year 2022 on the occasion of Eid. At the same time, Katrina Kaif will be seen with Salman in Tiger 3.