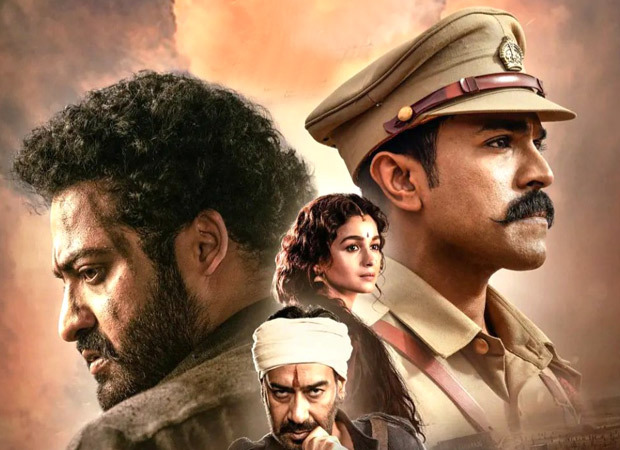 SCOOP: Director SS Rajamouli does not want to postpone Jr NTR and Ram Charan starrer RRR from January 7, 2022, this is the main reason

In view of the increasing corona infection in the country, many states have implemented new Kovid restrictions, due to which theaters have been ordered to be closed in many places. As a result, Shahid Kapoor’s film Jersey, releasing on December 31, has been postponed. Now everyone is worried about SS Rajamouli’s period drama RRR releasing on 7th January 2022. But Bollywood Hungama had exclusively told that director SS Rajamouli himself has confirmed that his film RRR will be released in theaters only on its scheduled release date, there will be no change in it.

And now Bollywood Hungama has got another exclusive information about RRR, which explains why Rajamouli wants to release his film in theaters even in the midst of such a suspicious atmosphere. A trusted trade source from Hyderabad said, “Actually Rajamouli and the team of RRR had requested several filmmakers to change the release of their film for the solo release of RRR. And all the filmmakers accepted his request and changed the release date of their films and gave RRR a chance to release solo. And now RRR is the only movie to release on 7th January in Andhra Pradesh and Telangana. The team of RRR feels it would be perfect to release their mega-budget film in a festive season like Pongal Se Sankranti.”

The source further added that, if RRR goes ahead with its scheduled release date, it is highly likely that it will not get a chance to solo release again in their home state. The source further added, “It would be wrong with the producers of other films giving RRR a chance to release solo. Andhra Pradesh-Telangana market is fully functioning in the film’s favour. The government there has also resolved the ongoing ticket rate issues for RRR to ensure a grand release on January 7.

Postponing RRR will not be correct

Now, if they delay the film keeping in mind the Hindi speaking regions, all the shareholders of the local belt will be disappointed as there was a lot of effort to ensure the solo release of RRR in Andhra Pradesh and Telangana. Apart from this, Tamil Nadu, Karnataka and Kerala are also working without any movement. As of now the issue of release is only in Hindi and changing the date of that market will upset people from all other regions.”

Given the uncertainty in the Hindi speaking regions, the makers of RRR may again negotiate prices here. By the way, Rajamouli and his team have full confidence in their film that their film will definitely drag the audience to the theatres.

Apart from this, there is another big reason not to postpone RRR and that is that $3 million tickets of the film have already been sold in the overseas belt and it is increasing with every passing hour. There is tremendous enthusiasm about this film abroad. There the advance booking of the film is going on in full swing. Apart from this, money has been wasted like water on the marketing of the film. In such a situation, postponing the film can put the makers at a loss.