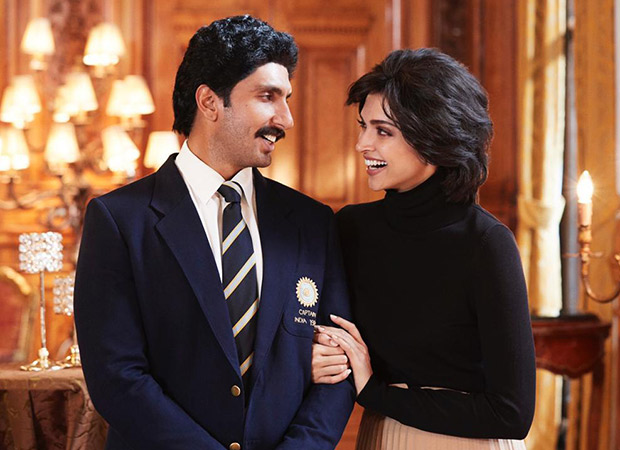 SCOOP: Deepika Padukone’s role became Ranveer Singh’s support system in 83, more than 20 minutes of screen time in the second half

Directed by Kabir Khan, 83 is just two days away from its release. In such a situation, the enthusiasm of the people for the film is increasing. Ranveer Singh starrer 83, revolving around India’s historic 1983 World Cup victory, is finally releasing in theaters on 24th December 2021 in a massive 2D as well as 3D. While the film is very close to its release, Bollywood Hungama has got exclusive information about 83. There were reports that Deepika Padukone’s role is not much in 83, so we have got inside information about this.

Reliable sources have told Bollywood Hungama that Deepika’s role in Ranveer’s 83 is not a small one. The source said, “Deepika’s role in 83 is very important. She will be seen in the role of Kapil Dev’s wife Romu Dev in the film. Apart from this, she has also become Ranveer’s support system, which boosts his morale for the World Cup victory. So Deepika’s screen time in 83 is not less but a lot.”

The source further added, “The news was coming that Deepika’s role in the film is for a few minutes but it is not so. She makes a special appearance in the second half and has more than 20 minutes of screen time.”