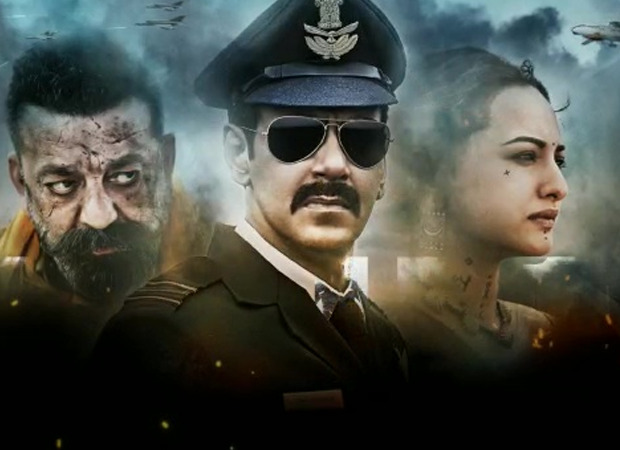 The period drama film Bhuj: The Pride of India directed by Abhishek Dudhaiya, in which Ajay Devgn will be seen as Indian Air Force Squadron Leader Vijay Karnik, is all set for its release. The post-production work of the film is also in the final stage in Mumbai after finishing the shooting of Bhuj. In such a situation, Ajay Devgan is all set to release his film on the occasion of Independence Day. Although Bhuj: The Pride of India is worth watching in theatres, due to the ongoing pandemic, the makers decided to release it on the direct OTT platform. Ajay Devgan’s Bhuj will be released on Disney + Hotstar, which was announced last year.

a trade source Bollywood Hungama Told to, “Ajay and Disney Plus Hotstar want their period drama Bhuj, saluting the patriotic spirit, to release on the occasion of Independence Day. So now the makers have decided that Bhuj will be released on 13th August. The action sequences of the film will be the biggest highlight of the film.”

Ajay took the responsibility of this film on his shoulders as he wants to pay true tribute to the heroic efforts of the people for the reconstruction of Bhuj airstrip through this film. When a trade source was asked whether there is any possibility of the film being postponed or delayed? To this the source said, “The team of Bhuj is working day and night on the editing of the film so there is little chance that the film misses its scheduled Independence Day. The only reason for the delay may be its visual effects not being ready, but it is not possible.”

The trailer of Bhuj will be released on July 12. Today the makers have also announced the official release of Bhuj on 13th August i.e. Friday.

Coming to the story of Bhuj, Ajay will play the character of Squadron Leader Vijay Karnik, who was in charge of Bhuj Airport in the 1971 Indo-Pakistani War. Karnik and his team rebuilt the destroyed airstrip in Bhuj with the help of women. It has been called the ‘Pearl Harbor Moment’ of India. Apart from Ajay, Sonakshi Sinha, Sharad Kelkar, Emmy Virk, Nora Fatehi and Sanjay Dutt will also be seen playing important roles in this film.

Presented by T-Series and Ajay Devgn FFilms, Bhuj: The Pride of India is produced by Bhushan Kumar, Kumar Mangat Pathak, Ginni Khanuja, Wazir Singh and Bani Sanghvi under the banner of Select Media Holdings LLP. The film is directed by Abhishek Dudhaiya, written by Abhishek Dudhaiya, Raman Kumar, Ritesh Shah and Pooja Bhavoria, and is slated to release on 13 August 2021 only on Disney+ Hotstar VIP.