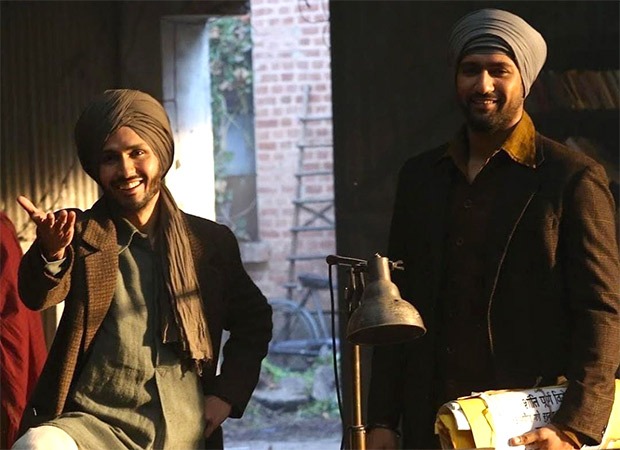 With the release of Sardar Udham on 16th October on Amazon Prime Video, a long wait will be over. A film which was on the mind of the producer for more than 21 years will finally be presented to the audience. The film is based on the life of India’s bravest Sardar Udham Singh. However, recently we got to know an interesting information.

India has seen many great warriors, fighters and leaders. Bhagat Singh was one of the most respected and known freedom fighters of India and hence there is no doubt that he has served as an inspiration to many. One such disciple of his was Sardar Udham Singh. The influence of Bhagat Singh on Sardar Udham was so great that later people took inspiration from Sardar Udham and considered him a guru, a mentor, even carrying a picture of him in their wallet.

History never fails to teach and films based on the lives of such personalities show how much is yet to be learned. Sardar Udham releasing on Amazon Prime Video has left fans excited and the makers have left no stone unturned to make the film and take Udham Singh’s story to everyone.

This upcoming Amazon Original Movie is based on the story of Sardar Udham Singh, a heroic and patriotic man who selflessly and courageously fought against the British subjugation of India. The film focuses on Sardar Udham’s adamant mission to avenge the lives of his beloved brothers who were brutally killed in the 1919 Jallianwala Bagh massacre.

Directed by Shoojit Sircar, produced by Ronnie Lahiri and Sheel Kumar, the film stars Vicky Kaushal along with Shaun Scott, Stephen Hogan, Banita Sandhu and Christy Everton in lead roles and Amol Parashar in a special role. Prime members in 240 countries and territories in India and around the world can watch Sardar Udham on this Dussehra from 16 October.