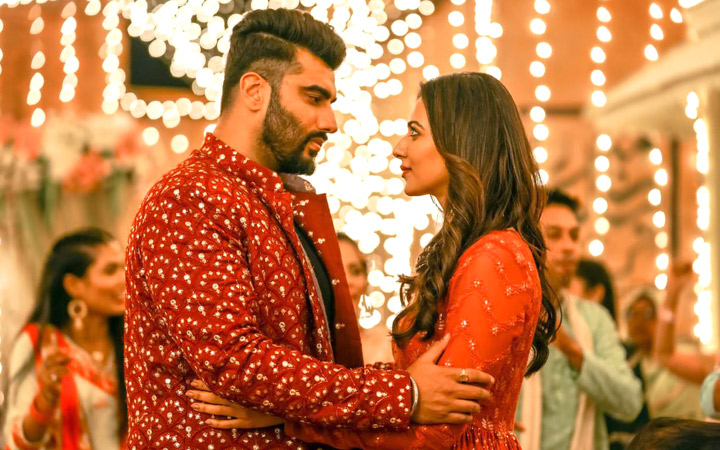 Sardar Ka Grandson starring Arjun Kapoor, Rakul Preet Singh and Neena Gupta released on Netflix today. It is a family entertainer film. So does this film manage to entertain the audience or does it fail in its endeavor? Let’s review.

Sardar’s Grandson is the story of a devoted grandson who tries to fulfill the last wish of his ailing grandmother. Amrik (Arjun Kapoor) lives in Los Angeles with his girlfriend Radha (Rakul Preet Singh) and both run a movers and packers company called ‘Gently Gently’. The attitude of the American is casual and carefree who does not believe in admitting his mistakes. This also affects his work and his relationship with Radha. Fed up with his behaviour, Radha separates from him. America gets depressed. This is when his father, Gurkeerat aka Gurki (Kanwaljit Singh) invites him to his home in Amritsar, Punjab. He tells Amrik that he should return immediately as his grandmother Sardar (Neena Gupta) is ill. Sardar, 90, has a tumor. The doctor advises Gurki that he should be taken home as an operation at this age can prove fatal. Gurki learns that Sardar does not have much time but he hides this fact from Sardar. Meanwhile, Sardar has a wish. She wants to go to Lahore, Pakistan and visit the house she built with her husband late Gursher Singh (John Abraham) in 1946. A year later, during Partition, Gursher dies while fighting rioters. Sardar however escapes and reaches India. Since then she is missing Gursher and her home. Therefore, she wishes to go to Pakistan so that she can see her ancestral home. Sardar informs Amrik about it. Gurki advises Sardar that she cannot travel in this condition. But Amrik realizes how much it means to him. He promises her that he will help her fulfill her wish. He tries to get her visa. However, Sardar’s application is rejected as he has been blacklisted for going to Pakistan. This is because a few years back, she attacked Saqlain Niazi (Kumud Mishra), a Pakistani official, when she went to watch an India vs Pakistan cricket match. This is when Amrik learns that Radha has planted a tree that is about a hundred years old in America. American thus begins to learn about structural relocation and then learns that many people have successfully lifted a house and transplanted it to a different location. The US requests help from both India and Pakistan for its mission. The two theoretically decide to help him. Amrik then decides to go to Lahore. However, he hides about his plan from Sardar. Because he felt that his grandmother would be heartbroken if he failed in his attempt. So Amrik pretends to go back to Los Angeles in front of Sardar. Amrik reaches Lahore and successfully locates Sardar’s house. But when he reaches there he sees that the local authorities are about to demolish the structure! What happens next will be known after watching the rest of the film.

The story of Anuja Chauhan and Kashvi Nair is lovely and very promising. The screenplay by Anuja Chauhan and Kashvi Nair is of first class. Yes, the film has some flaws and something should have been done about it. But when it comes to emotional scenes, the writers manage to beat it. And it makes up for most of the shortcomings. At the same time, the message of harmony between India and Pakistan has also been well woven. Amitosh Nagpal’s dialogues sync with the mood of the film and the personality of the character. However, a dialogue of Amrik being a bit of a crackpot due to his childhood injury is unnecessarily repeated too many times.

Kashvi Nair’s direction is superb. It was not an easy film. But Kashvi especially handles the emotional and dramatic scenes well. Sardar’s character is the life of the film. And one can easily connect with his sad past and his desire to see his Lahore home. However some scenes are devoid of logic. For example, it is amusing to see that Sardar’s house was left untouched for 70 years in a congested and prime locality. In fact, when American first enters the house, one would expect the house to be in dilapidated condition, but surprisingly it doesn’t seem to have been lying vacant for 7 decades. Also, the way Sardar’s family disconnects internet and DTH connections from their residence so that Sardar cannot learn about Amrik’s mission, it is difficult to digest. Finally, a teenage boy named Chhota (Mir Mehroos) starts helping Amrik. However, some scenes here are beyond comprehension.

Sardar’s grandson doesn’t look really entertaining in the first sequence. It takes some time to get used to the personality and behavior of an American. But things get better once they reach Amritsar. His conversation with Sardar is lovely. The way India’s Ministry of International Relations decides to help foreseeable is great. The second half probably starts after Amrik reaches Lahore. The scene in which he prevents demolition is hilarious. From here, though the film drags, it is still filled with many heart touching scenes that can bring a smile to one’s face and also make one’s eyes moist. The last 20 minutes could have been shorter but at the same time, it deserves applause. 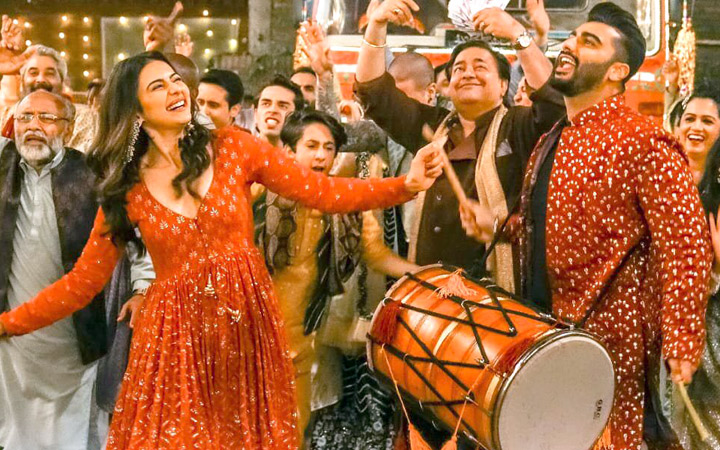 Arjun Kapoor gives excellent performance. This is his best performance in the last 3-4 years. Especially in the second half, he did a great job. Neena Gupta looks lovely. The film revolves around her character and she adds to the impact. Although his character is reminiscent of Rishi Kapoor’s character in Kapoor & Sons. Rakul Preet Singh is barely visible in the first half but looks quite impressive in the second half. Kanwaljit Singh is dependable as always. Kumud Mishra does very well as the antagonist. Shahid Latif (Pakistani constable Rauf Khalid) is apt for the role. Mahika Patial (Pinky; Amrik’s sister) leaves a mark. Soni Razdan (Simi; Amrik’s mother), Divya Seth Shah (Honey; Sardar’s second daughter-in-law) and Ravijit Singh (Lovely) don’t get much scope. Amir Mahroos performs brilliantly but as mentioned above, one fails to understand why he is enthusiastically helping Amrik. Other actors who do well are Rajeev Kachroo (Pakistan High Commissioner Qureshi), Masood Akhtar (Khan Sahab, who owns the house), Akashdeep Sabir (the contractor who organized the demolition) and Priya Tandon (the American interviewer). Pakistani journalist). Lastly, John Abraham and Aditi Rao Hydari (Young Sardar) look cute in the flashback sequences.

Tanishk Bagchi’s music is not memorable but fits the story. ‘Naal Rab Ve’ is the best song of all the songs and it is sung by Divya Kumar. ‘Dil Nahi Todna’ is a good opening credit song. ‘Main Teri Ho Gayi’ is melodious while ‘Jee Ni Karda’ is foot-tapping. Gulraj Singh’s background score goes well with the mood of the film.

Mahendra J Shetty’s cinematography is apt. Subhash Shinde’s prosthetic makeup for Neena Gupta is reassuring, though it could have been a bit more realistic. The production design by Sujit Subhash Sawant and Sriram Kannan Iyengar is authentic. Sheetal Sharma’s costumes are genuine as well as glamorous. Futureworks’s VFX is quite good. A lot of VFX has been used in the later part of the film and it is neat. Mahir Zaveri’s editing could have been better. The film is 139 minutes long and should have been at least 10 minutes shorter.

Overall, Sardar Ka Grandson is a heartwarming story with an emotional touch too. Although it may seem beyond logic at times, its emotional scenes, messages, heart-touching climax and superb acting make up for the rest. Apart from this, it is a clean entertaining film that can be watched with the whole family. Do see it.