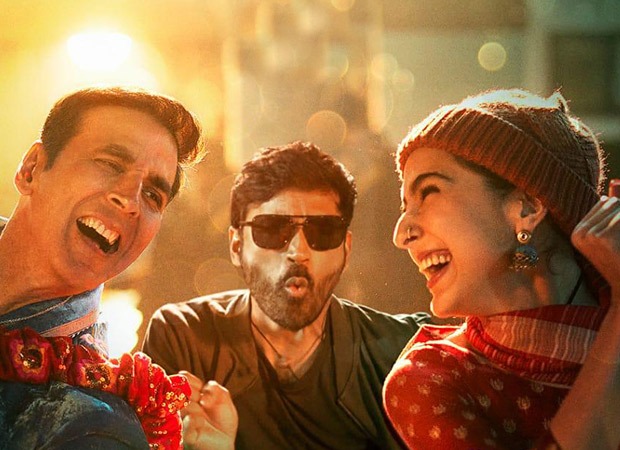 Sara Ali Khan, Dhanush and Akshay Kumar starrer Atrangi Re surpasses Laxmi and Hungama 2 to become the most-watched film of all time on Disney+Hotstar

Breaking all the records till date, Atrangi Re has the biggest opening day on Disney+ Hotstar. Atrangi Re, directed by Aanand L Rai and produced by Bhushan Kumar, Color Yellow Productions and T-Series, has the highest ever viewership for a new film on the streaming platform on its release day. Viewers are showering their love for the magical pairing of Dhanush and Sara Ali Khan, excellent performance by Akshay Kumar and stellar score by AR Rahman. Disney+Hotstar members from across India are now joined by this magical film available in Hindi and Tamil.

Atrangi Re became the most watched film

Gaurav Banerjee, Head, Content, Disney+ Hotstar and HSM Entertainment Network, Disney Star India said, “We are thrilled with the appreciation we have received for our film Atrangi Re. Our platform aims to present phenomenal, unconventional and gripping stories, and Atrangi Re fits in perfectly with that objective. Atrangi Re is a unique and magical story beautifully brought to life by director Aanand L Rai, featuring some of the biggest stars of the industry at the height of their art.”