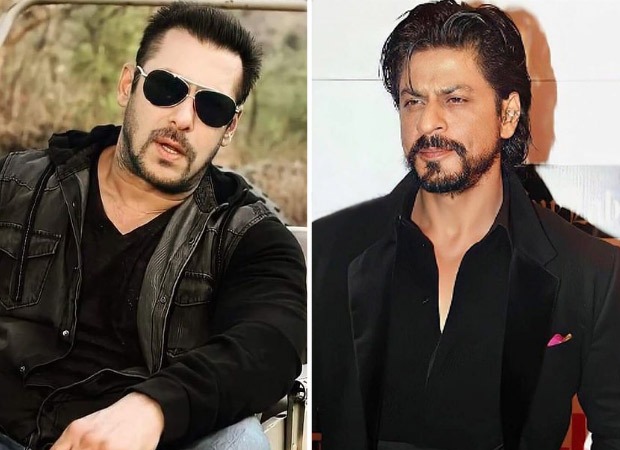 Films News > Blog > Bollywood News > Salman Khan’s grand entry will be at this juncture in Shahrukh Khan’s Pathan, Salman’s nearly 20-minute long role will be the highlight point of the film.
Bollywood News

Salman Khan’s grand entry will be at this juncture in Shahrukh Khan’s Pathan, Salman’s nearly 20-minute long role will be the highlight point of the film.

Just as Ajay Devgan’s ‘Singham’ entry in Ranveer Singh’s Simmba became one of the USPs of the film, Salman Khan’s grand entry is also going to happen in Pathan. The shooting of Yash Raj Productions’ spy drama Pathan has started and now Salman Khan is also going to start shooting for his part along with Shahrukh Khan. As everyone has come to know by now that Shah Rukh Khan’s Pathan will see Salman Khan doing a special cameo in his Tiger style in Pathan. At the same time, Bollywood uproar is going to tell you that special turn of Pathan when Salman Khan will enter.

A trade source close to the film told us, “Aditya Chopra is going to make perfect use of Salman’s Tiger style in Pathan. It is certain that when Salman will enter Pathan, the theater will also resonate with the sound of applause and whistles. The reunion of Shah Rukh and Salman has been extensively crafted by Aditya and director Siddharth Anand which will be grand in itself.”

The source further added that Salman’s entry in the film will be to save Shah Rukh’s character from enemy agents in Russia. “The sequence of Salman and Shahrukh in Pathan which is being shot in Mumbai though the set is in Russia. The sequence is shot on a green screen background with trains, cars, bikes, airplanes and helicopters also being part of that setup. This sequence is the highlight point of Pathan.”

While earlier it was being said that Salman’s entry will be in Pathan’s climax, now we have come to know that Pathan’s climax will be between Shahrukh, John Abraham and Deepika, which is going to be shot on top of Burj Khalifa in Dubai. . The source added, “Salman’s sequence will come at a turning point in the film. Salman’s role in Pathan will be around 20 minutes in which many of his action scenes will be seen. With this, you will get to see Shahrukh’s never-seen-before action avatar in Pathan.