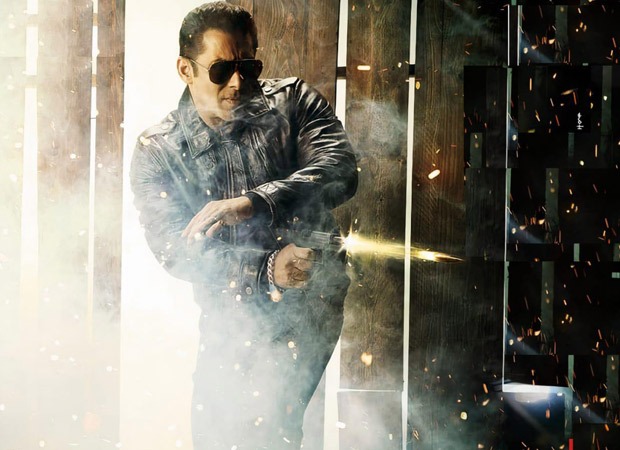 Salman Khan is resuming the incomplete shooting of Radhe-Your Most Wanted Bhai from October 2, this master plan made to avoid Corona

The shooting of Salman Khan’s upcoming cop drama Radhe – Your Most Wanted Bhai will resume from October 2 at ND Studio in Karjat. The 15-day event will be followed by the final shoot for patchwork at Mehboob Studio in Bandra. Along with following the Standard Operating Procedures (SOPs) laid down by the government, some extra precautions will also be taken to ensure the safety of Salman Khan and other team cast and crew. They will be shooting the film on the outskirts of Mumbai and to avoid everyday travel, the production team has booked a hotel close to the studio, where all the crew will be accommodated. While maintaining the highest level of security, no member will be allowed to meet any outsiders during the duration of the shoot.

Preparations to complete the incomplete shooting of Salman Khan’s Radhe

A source close to the production shared, “The first round of COVID-19 tests has been done on the entire crew and none have tested positive. The second test will be done on people close to the set, including the actors and the core team. The crew has also been briefed about the protocol to be followed on the sets through a special video to avoid last minute confusion. Salman is precise in taking utmost care on the sets, with his suggestions there will be a doctor and a special team on the sets who will examine and ensure that hygiene is being taken care of.”

Strict guidelines related to corona will be followed

Sohail Khan, who is producing the film with Salman and brother-in-law Atul Agnihotri, said that they are creating an air bubble and all modes of transport will be sanitized regularly. “We are happy that the shooting of Radhe is about to resume. We have made sure to provide a safe environment for the entire crew of the film. All departments will have to test for COVID-19. We are making an air bubble. All modes of transport will be sanitized. A health and safety officer and an ambulance will be present on the set along with a doctor. Signage and color bands for the division will be made and followed.”

A team of trained personnel will be present

He further adds, “A second test will also be conducted for people close to the film set, actors and core team. All government mandates, insurance are being strictly followed. As per available guidelines, a team of specially trained personnel has been involved to properly dispose of PPE kits and masks after use.”

Atul Agnihotri is happy to share, “All the members, cast, crew, family of the film Radhe are back on the sets to resume shooting. Shooting will take place in studios in Karjat and Mumbai. It will be completed in next 15-20 days. Few remaining scenes with some action sequences and patchwork will be completed during this schedule. Team of Action Director from Chennai will be involved to finish the action patchwork. All the cast and crew have done the COVID tests and a team of doctors will check everyone on the sets. We are looking forward to complete the shoot without any covid cases or hassles like that. We are doing everything we can to maintain care and safety during this time.”