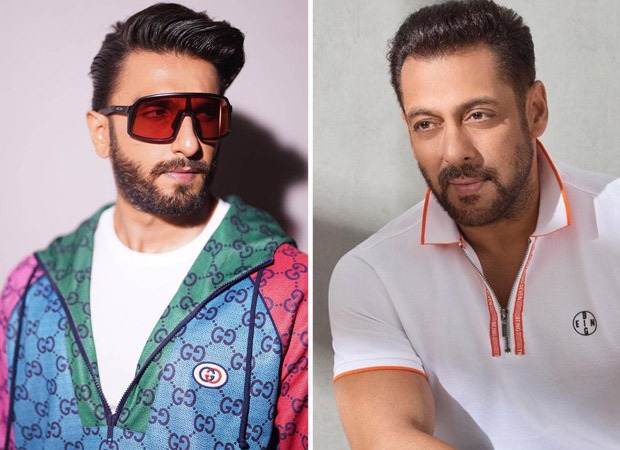 Bollywood actor Ranveer Singh is soon going to make his TV debut with the TV show, The Big Picture. It is a visual quiz game show which will air on Colors channel. Ranveer Singh will host this show. And now Salman Khan has also joined the show. But not as a co-host but as a producer of Ranveer Singh’s show.

Salman said, “Colors TV is the perfect platform for such shows and Ranveer and I are excited to do it.” Salman’s association with Colors began as the host of the popular reality show Bigg Boss. Now, she is all set to co-produce her latest quiz show.

On Saturday, Ranveer released the teaser of this TV show in which he was seen telling about the many characters he played in films in his style. Bittu Sharma who he played in the movie Band Baaja Baaraat, Varun Srivastava in Lootera, Bajirao in Bajirao Mastani, Ranveer is seen talking about all these. Apart from this, he is also seen telling about the format of this quiz show.

Talking about my debut on TV, “My journey as an artiste has been tremendous. I have always had a hunger for experimentation and exploring things. Indian cinema has given me a lot. This has been a platform for me to hone my skills and become an actor, that too with the love and trust of so many people. I am going to do something different in this phase of my career, connecting with my fans from the world of television. I am going to connect with my fans through a different medium, I will connect with people through TV, I will connect with people through The Big Picture show on Colors TV.”