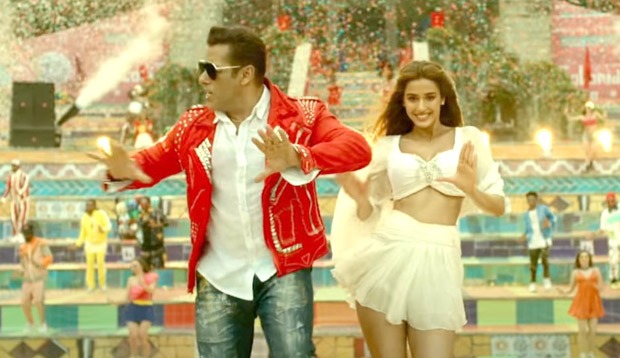 Every track of Radhe: Your Most Wanted Bhai has achieved tremendous figures so far, the songs of the movie Najeetan have broken many records. Three days before the release of the film, the makers of Radhe: Your Most Wanted Bhai released another song ‘Zoom-Zoom’ featuring Salman Khan and Disha Patani. The on-screen pairing of Salman Khan and Disha Patani has been ruling everyone’s heart recently with blockbuster hits like ‘City Maar’. And now, they are all set to dominate the charts once again with ‘Zoom-Zoom’.

Along with its beautiful music composition, the song is packed with fun and engaging hooksteps from Salman Khan that will make the audience dance with Salman and the music. In the song, Disha and Salman are seen swinging while showing their chemistry as female leads. The dance number has been shot in the picturesque and beautiful Aamby Valley.

The music of the song is composed by Sajid-Wajid and lyrics are written by Kunal Verma. It is sung by Ash King and Iulia Vantur and choreographed by Cesar Gonsalves.

Along with Salman Khan, Disha Patani, Randeep Hooda and Jackie Shroff will also be seen in important roles in the film. Radhe: Your Most Wanted Bhai is presented by Salman Khan Films in association with Zee Studios. Produced by Salma Khan, Sohail Khan and Reel Life Production Pvt Ltd, the film will release on May 13, this year on the occasion of Eid. Movies can be viewed on Zee5 on Zee Plex, a ‘pay-per-view’ service. GPLEX is also available on DTH platforms like Dish, d2h, Tata Sky and Airtel Digital TV.