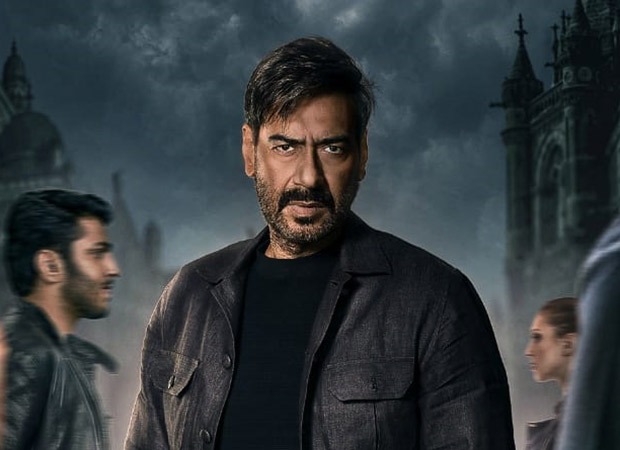 Rudra The Edge of Darkness

Does a person who believes in humanity have to sacrifice everything to save himself? Disney+ Hotstar’s latest crime thriller, Rudra – The Edge of Darkness captures the dark mindset of criminals. Produced by noted director Rajesh Mapuskar, this psychological crime drama series will mark the digital debut of actor Ajay Devgn, who will be seen as a strong police officer in the film. Ajay Devgan will be seen in the role of DCP Rudra Veer Singh in this web series. The 6 episode series is the Indian rendition of the iconic and globally successful British show – Luther. Produced by Applause Entertainment in association with BBC Studios India, this crime drama show will feature Raashi Khanna, Esha Deol, Atul Kulkarni, Ashwini Kalsekar, Tarun Gehlot, Ashish Vidyarthi and Satyadeep Mishra in lead roles; ‘Hotstar Specials’ is coming soon on Disney+ Hotstar and will also be available in Hindi, Tamil, Telugu, Kannada, Marathi, Malayalam and Bengali.

Rudra The Edge of Darkness

This series is a dark and complex story. Which shows the mentality of highly intelligent criminals and the rush of the detective who is searching for them. Ajay Devgn portrays the role of a grumpy, steely, and easy going police officer in the series who fights for the truth in the dark and goes through the complexity generated by criminals and corrupt.

Disney+ Hotstar has massively expanded its thriller library with Rudra – The Edge of Darkness. The crime thriller show has been shot in many amazing places in Mumbai. In this crime drama series, Rudra will be shown revealing the truth and fighting against powerful forces.

Actor Ajay Devgn says, “The world of digital streaming has always attracted me, and I am extremely excited to make my digital debut with an engaging character, title and powerful content like Rudra. The subtlety of the character, the multifaceted personality, the grit captivated me immensely which is something that the audience has never seen before in Indian entertainment. I am extremely excited that my fans across the country will see the magic of Rudra come alive on screen. I hope people will love this show as much as they have loved my previous work.”

Sameer Nair, CEO, Applause Entertainment said, “Ajay Devgan is making his foray into the web series world with Rudra and we are extremely happy that we have the opportunity to bring him into the streaming world. Bringing together a unique storytelling format and powerful characters on an ambitious scale, the show follows the journey of a cop who seeks truth in the grim world of darkness. It has always been exciting for us to collaborate with BBC Studios which reflects the strong production of the series. With Rudra, we look forward to taking forward our creative partnership with industry leader Disney+ Hotstar to entertain audiences across the globe.”

Director Rajesh Mahapushkar believes, “Story wise, it is a very special series. The show depicts a deep and grim story of an ordinary police officer with crime drama. We have a gray hero who believes in living in the dark to discover the truth. Through this show, the mentality of the criminal is revealed which has never been seen before. How the mind of criminals works, through this the audience will get an understanding of this. I hope the show gets a lot of love and appreciation from the people.”

Actress Esha Deol said, “My fans showered a lot of love on me ever since the announcement of my return with Rudra – The  Edge of Darkness. I am very happy that I am returning from this show. It has been a thrilling journey to share the screen once again with my friend and co-star Ajay Devgn which has made it very easy for me to be in front of the cameras once again. During the shoot, we once shared the same chemistry that we did during our last film, including laughter. I am extremely looking forward to reaching out to my fans through this character along with the promotion process before release.”

About Rudra The Edge of Darkness

Set in Mumbai, Rudra – The Edge of Darkness is a scintillating thriller of a race against time, which gives deep insight into intelligent criminals and the detectives they hunt. Each episode of the series introduces a new threat, as the wider series draws forward, with DCP Rudra Vir Singh chasing criminals and killers and his friendship with Aliyah, a talented sociopath. The backdrop of the series is Mumbai, the metropolis where we see our hero doing amazing action, where he comes across both good and bad people. In such a situation, even in a world full of enemies, Rudra believes that there is still love in the world. Because in the end, humanity is all we have. And because of this belief, Rudra gives up everything.