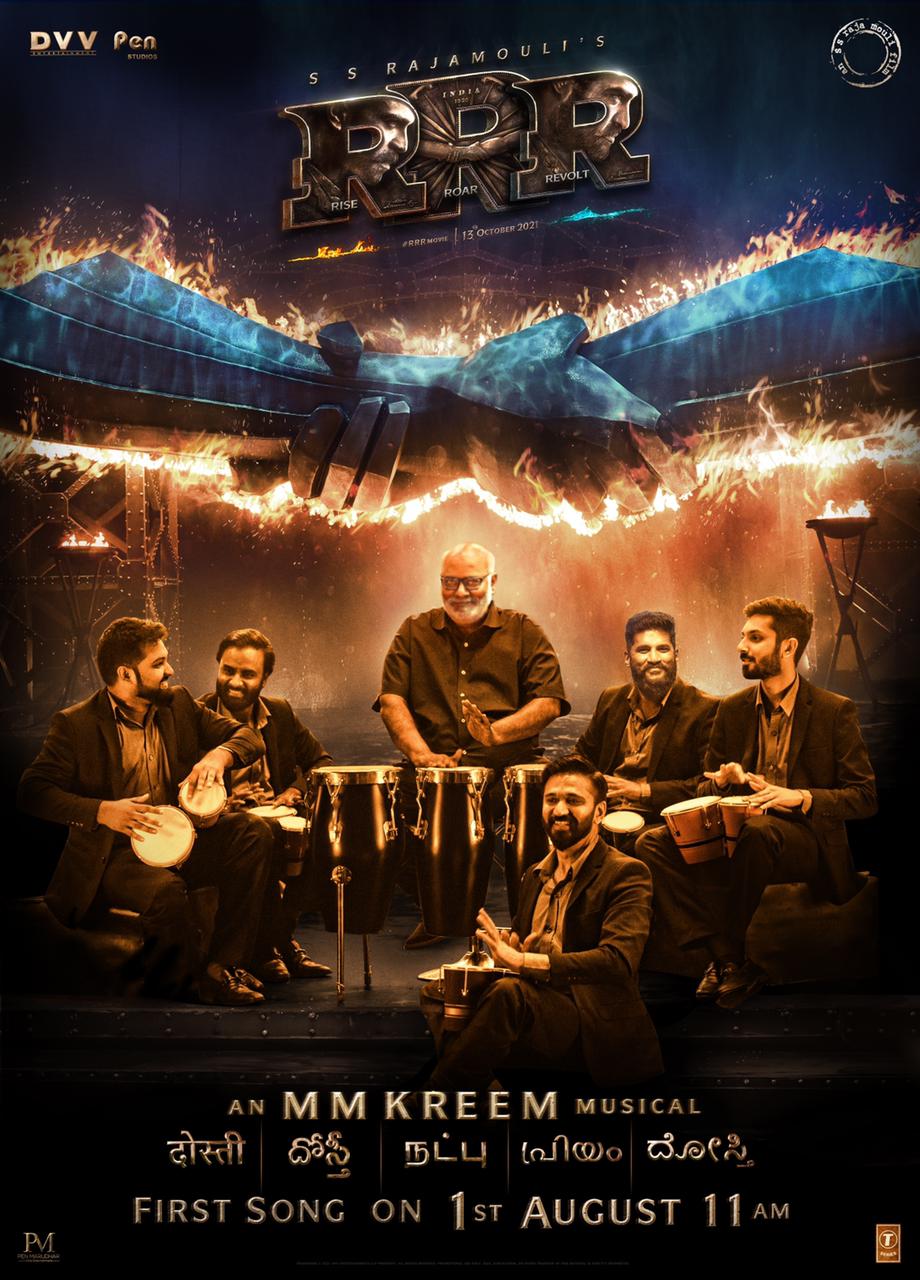 SS Rajamouli’s upcoming directorial RRR is the much awaited and highly anticipated pan-India film. The makers have now announced yet another latest update on the film i.e. a huge theme song ‘Dosti’ from the film will be released on 1st August. The film team shared on their social media.

Earlier today, the makers had revealed that India’s finest singers from all over the industry will be brought together for the title song of the film, which has made everyone curious. India’s biggest music labels – Bhushan Kumar’s T-Series and Lahiri Music have now got the music rights for the magnum opus RRR.

Set in pre-independence India, the film is a fictional story on the young lives of famous freedom fighters, Komaram Bheem and Alluri Sitaramaraju. A blockbuster, the makers of the film have managed to pique the curiosity with posters and glimpses of the world of the recently released RRR which adds to the fact that the film is full of grandeur and promises to be a huge blockbuster.

RRR is India’s biggest film and has a star cast that is from all languages. Produced by DVV Danayya under the DVV Entertainment banner, the film has been produced on a massive budget of Rs 450 crore.

Penn Studios has acquired theatrical distribution rights throughout North India and has also purchased worldwide electronic rights for all languages. Pen Marudhar will distribute the film in the North Territory. The film is set to release in several other languages ​​including Telugu, Hindi, Tamil, Malayalam and Kannada.

RRR will hit the screens worldwide on 13 October 2021 keeping in mind the COVID circumstances.