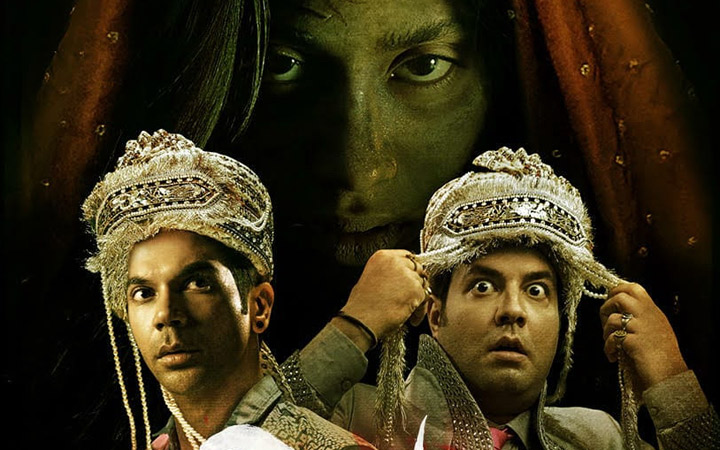 Roohi Movie Review | Jhanvi Kapoor and Rajkummar Rao’s Roohi is so intimidating and laughing, here’s the review of the film – Bollywood News in Hindi

After many months, finally a big Hindi film was released in the theaters whose name is Roohi. Jhanvi Kapoor, Rajkummar Rao and Varun Sharma’s horror-comedy film Roohi hit the theaters this week. So does Roohi manage to entertain the audience or does it fail in its endeavor? Let’s review.

Roohi is the story of a girl who has a soul inside her. Bhanwara Pandey (Rajkumar Rao) and Kattani Qureshi (Varun Sharma) work as crime journalists in a small town, Bagadpur. They also help make a documentary on the ‘catch-up wedding’ of an American reporter (Alex O’Neill) in Bagadpur. One day, their boss, Guniya Shakeel (Manav Vij) orders them to kidnap a girl, Roohi (Janhvi Kapoor), who is from a nearby town, Muzaribad. Bhanwara and Kattani kidnap Roohi, but instead of taking her to the hideout, circumstances take her to the forest. It is revealed here that Ruhi’s body contains the soul of a girl named Afza. Roohi and Afza together form Rooh-Afza. Afza wants to take revenge. While Bhanwara is giving heart to Ruhi but Kattani’s heart falls on Afza living in Ruhi’s body. What happens in the end of this love triangle, it is known after watching the whole film.

Hardik Mehta’s direction is average. Looking at some of the positive aspects of the film, Hardik Mehta has handled some scenes very well. Apart from this, he manages to set the mood for the film. Even the various cities featured in the film have been featured uniquely. Talking about the negative points of the film, at first the climax disappoints as the film ends abruptly on a note. Viewers feel that the makers should have told some background story about Roohi’s past, but the makers don’t. In the true sense, Ruhi fails to make an impact like a woman. The most difficult thing is to understand the dialect of this film. Some dialogues will go over people’s heads.

Roohi begins on an interesting note, depicting the concept of a bride kidnapping in Bagadpur, that too through the eyes of a foreign reporter (Alexx O’Nell). Interest in the film awakens when Bhava and Kattani kidnap Ruhi. Here are some scenes worth watching which bring joy to the faces of the audience. Intermission takes place at a critical juncture. After the interval, the film starts falling apart a bit. But there are some scenes which are worth watching like the wedding scene with the dog, Bawra’s conversation with the elderly lady (Sarita Joshi), etc. The climax though unexpected but disappointing.

Rajkummar Rao appears in full form as expected. He is well-liked for his stellar performance even though he played the role of a kidnapper in the film. His comic timing is superb. Jhanvi Kapoor is a surprise for the film. Although there is hardly any dialogue in his part, but he has done excellent acting with his gestures. Varun Sharma is amazing and brings a laugh. However, in the last 30 minutes, he doesn’t have much to do. Manav Vij suits his role and his acting is good. Sarita Joshi (credited in the film as Padma Shri Sarita Joshi) is hilarious and looking at her, I wish her role was a bit bigger.

Sachin-Jigar’s music is apt for the film and its theme. ‘Instalments’ comes suddenly but he is soulful. ‘Bhootni’ is hilarious while ‘Pangat’ gets played out in the end credits. Before the film starts ‘Nadiyon Paar’ is attached with the print of the film. This is a very good song. Ketan Sodha’s background score matches with the theme of the film and creates fear.

Amalendu Choudhary’s cinematography is superb. Various locations in the film have been captured well. Aayushi Agarwal and Abhijeet Shrestha’s production design is quirky and creates an atmosphere of dread. Thia Tekchandani’s costumes are realistic. Nikita Kapoor’s prosthetics are superb. Manohar Verma’s action is fine, while Red Chillies VFX’s VFX is the best. Huzefa Lokhandwala’s editing is fine but could have been better in the first half.

Overall, Roohi is a film packed with a unique concept, great performances and some interesting funny and horror sequences. But the disappointing climax and hard-to-understand speech may affect the box office collection of the film.