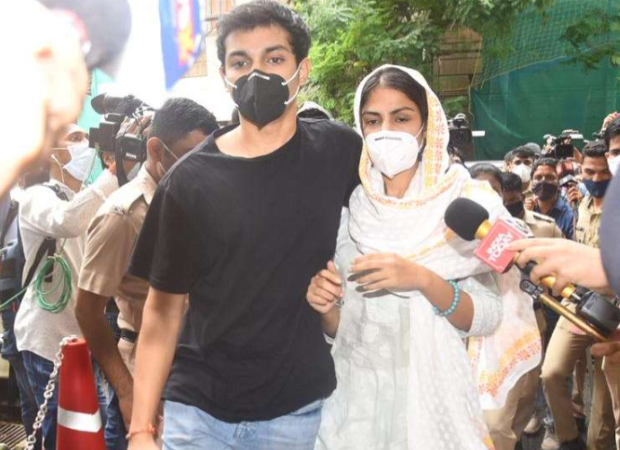 Riya Chakraborty and Sauvik Chakraborty will have to stay in jail for now, court extends judicial custody till October 20 in drugs case

Rhea and her brother Shovik Chakraborty were arrested for providing drugs to late actor Sushant Singh Rajput. After rigorous interrogation of Riya, the NCB has arrested her under sections 8 (C), 27 (A), 29, 20 (B) and 28. NCB once again opposed the bail of Riya and Sauvik in the court today i.e. on 6th October.

NCB alleged that Sauvik bought drugs for Sushant Singh Rajput on the instructions of Riya and helped in arranging the drugs. Paid money for this too. In response, Riya’s lawyer Satish Manshinde told the court that wrong charges have been leveled against Riya and Sauvik. NCB has no evidence of these allegations. Both are innocent. Manshinde also told the court that the statement NCB is referring to has been taken by misleading both the clients.

The NCB in its application in the High Court opposed the bail saying that a strong message should be sent to the society, especially the youth, to ensure that Kai does not consume drugs. Let us inform that Riya was arrested by the Narcotics Control Bureau on 8 September, after which she was sent to Byculla Jail in Mumbai on 9 September and since then Riya has been lodged in jail. Riya and her brother Shovik Chakraborty are accused of running a drug syndicate.

NCB found in the investigation that Riya and her brother were in contact with many big drug peddlers of Mumbai and both of them used to buy drugs from these paddlers through Samuel Miranda and further give them to Sushant. In the drugs case, the NCB took into custody all the accused Shovik, Samuel Miranda, Deepesh Sawant, Zaid Vilatra and Basit Parihar, including Riya. Riya’s judicial custody has been extended twice so far. First, Riya was sent to 14 days judicial custody by the court after her arrest, which was later extended till 6 October. Now it has been extended again by 14 days.