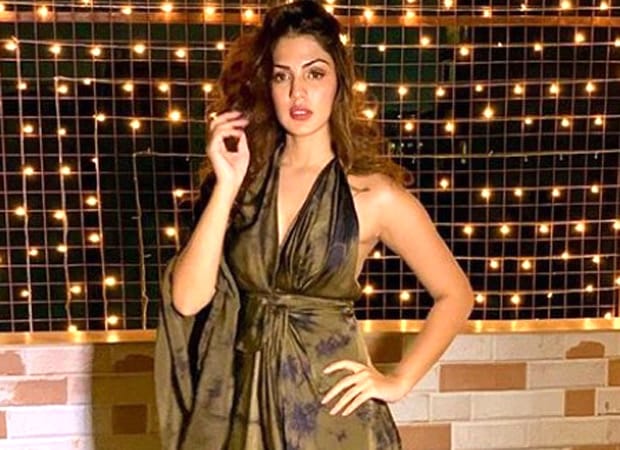 After the tragic death of her boyfriend Sushant Singh Rajput last year, the entire film industry came in support of Rhea Chakraborty after seeing the mood she went through and the kind of media trials she faced. Everyone talked big things to get Riya Chakraborty out of this shock but it all turned out to be hollow.

Recently the poster of Riya’s upcoming film Chehre was released but Riya did not appear anywhere in it. Although Amitabh Bachchan and Emraan Hashmi will be seen in the lead roles in this film, they are bound to be seen in the poster. Apart from this, Annu Kapoor and Bengali actor Dhritiman Chatterjee are also seen in the poster but Riya was nowhere to be seen. It seems that this was done intentionally by the makers.

A close friend of Riya told about this, “Riya did not think of such humiliation even in her worst nightmare. The shock she went through in 2020 and the way she was trying to get her life back on track with courage, seems like Bollywood is not yet ready for her comeback.

How is Riya handling it?

In this regard, her friend said, “The kind of shock she went through in the past, do you think all this will be able to break her now? Not at all . He faced many difficulties in the last year. She will also face it with courage.

Now the question will come in the mind of Riya’s friend and well wisher associated with the film industry whether Riya’s role will be cut from the face or her character will be cut. The most surprising thing in all this is that Riya’s filmmaker friend Rumi Jaffrey has also remained silent on this matter. Rumi Jaffrey is a very close friend of Riya and she supported Riya when no one supported Riya.

In this regard, the source revealed, “Rumi Jaffrey had no interference in this matter. She was neither consulted about the release date of Chehre nor about Rhea’s disappearance from the poster.”