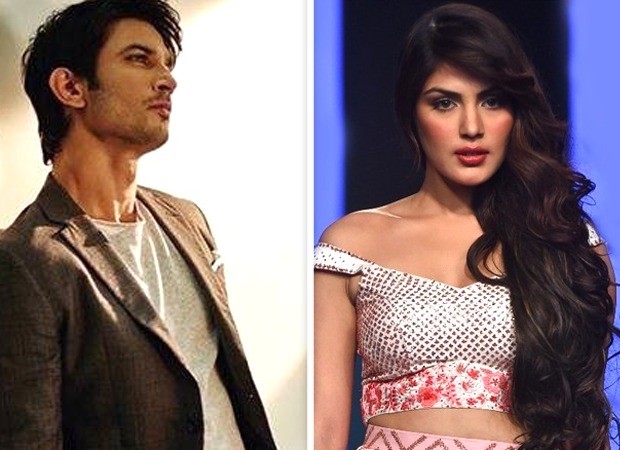 The Narcotics Control Bureau (NCB) arrested Riya Chakraborty and her brother Sauvik Chakraborty, along with Sushant’s staff Samuel Miranda, Dipesh Sawant and alleged drug peddlers Zaid Vilatra and Abdul Wasit, after the drugs angle came to light in Sushant Singh Rajput’s case. After this, all these accused have been sent to police custody till October 6. Riya Chakraborty and Shovik’s bail applications were to be heard in the Bombay High Court today, but due to rain in Mumbai, the hearing was postponed. Now the bail hearing of Riya and Shovik will take place on 23 September. Riya has said in her bail plea that there is no allegation against her for committing a non-bailable offence.

Riya, in her 47-page long bail plea, has said that NCB in its investigation has leveled allegations against her with ‘malafide intention’ which are completely baseless and hence she should be granted bail on this ground. He has also said that 3 central agencies are harassing him and may implicate him in some other cases. Riya has said that the police, CBI and ED have not found anything against her. He has said that the NCB is working only on the basis of the information given by the ED and they have found very small quantity of narcotics in the possession of the arrested persons which can get bail. He has also said in his petition that NCB cannot crack the original drug syndicate as its main accused are abroad.

Riya has also said in her petition that it is clear that “Sushant Singh used to consume drugs alone and he used to get drugs from staff members. Had he been alive today, he would have been accused of consuming a small amount of drugs, which is punishable by a one-year sentence and may include bail. Riya has also argued that it is very inconsistent that a person who consumes drugs will be punished with a maximum of one year, while on some occasions, the person paying for drugs has been given a sentence of up to 20 years. is going.”

In the petition, Riya has said that “Sushant used her, his brother, and the staff in his house to maintain his drug habits and ensured that his role in this was through no paper trail or electronic evidence.” I did not appear. He has also said that it is unfortunate that Sushant Singh Rajput took advantage of people close to him for his drug habits and thought it right to leave them on their trust when trouble came.

Riya said that “According to the information available in the public domain, Sushant had asked his cook Neeraj to ‘make ganja joists and keep them in his bedroom’ three times before his death. Neeraj had told the CBI and Mumbai Police that he had made joints and kept them in Sushant’s bedroom in a box and ‘when Sushant’s death came to light, he made it clear that the joints had been consumed and the box was empty’. Riya has further said, in such a situation, it is clear from the evidence found by the investigating agencies that Sushant had taken drugs and he had a habit of using his close people to help him in this addiction.

Tags:“Sushant Singh Rajput used herher brother Showik and members of his household staff to facilitate his own drug habit” – Rhea Chakraborty in her bail petitionWatch “Sushant Singh Rajput used her
Share on FacebookShare on TwitterShare on PinterestShare on LinkedIn Share on TumblrShare on RedditShare on VKontakte
Bollywood HungamaOctober 13, 2021