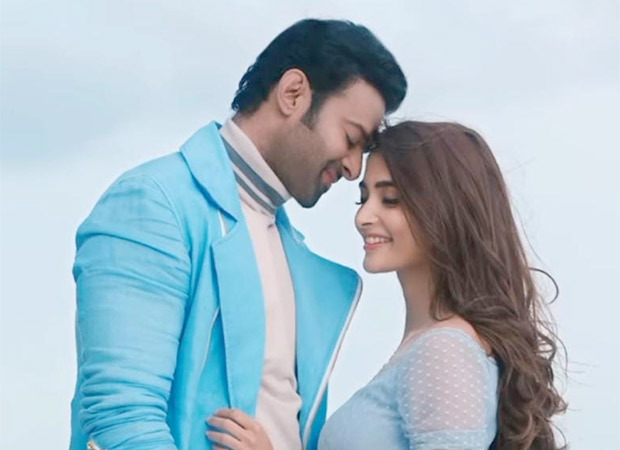 Radhe Shyam promises to be one of the biggest film of 2022. The film starring Prabhas and Pooja Hegde has managed to keep the fans engaged with many posters and song releases etc. Now as we approach the release of the film, every day is a celebration as we are getting to see something new and exciting. And now, keeping in mind the theme, here is the new promo of Radhe Shyam’s song which is slated to release on 1st December.

The team of Radhe Shyam has shared a promo of their upcoming Hindi song ‘Aashiqui Aa Gayi’. In the promo, we can see Prabhas and Pooja strolling by the seaside in lovely blue matching outfits giving it a dream sequence-like feel. The actor and actress looks real and close in the romantic video where their chemistry makes us more curious about their knock on the big screen.

This song is a special Hindi song which will be specially for Hindi song lovers. This song is sung by Arijit Singh and music is given by Mithun. So far the promo is receiving very positive reviews and fans cannot wait for the release of the song. Prabhas and Pooja Hegde will collaborate onscreen for the first time with ‘Radhe Shyam’. Prabhas is all set to play the role of a palm reader in the film, which is something we have never seen before.

The film is directed by Radha Krishna Kumar. Produced by Bhushan Kumar, Vamsi, Pramod and Praseedha, the film will feature Prabhas and Pooja Hegde and will release on January 14, 2022.