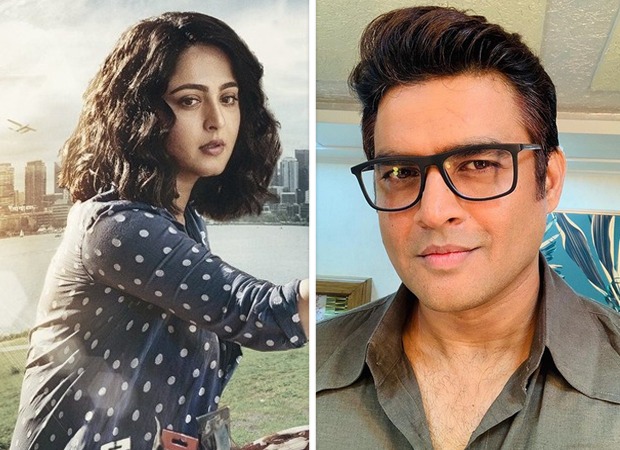 R Madhavan and Anushka Shetty’s suspense thriller film is releasing on 2nd October on Amazon Prime Video. Apart from R Madhavan and Anushka Shetty, the Telugu, Tamil and Malayalam film Nishabdham will also feature Shalini Pandey, Subbaraju and Srinivasa Avasarala in pivotal roles. Directed by Hemant Madhukar and produced by TG Vishwa Prasad of PG Media Factory in association with Kona Film Corporation, the film is a suspense thriller that revolves around the sudden disappearance of a dumb and deaf artist, her celebrity-musician husband and her best friend. roams . The film marked the debut of Michael Madsen (Once Upon a Time in Hollywood, Kill Bill, Reservoir Dog) in Indian cinema. Prime members in India and over 200 countries and territories can watch the film, which releases on October 2, on Amazon Prime Video.

The success of the recent releases, the global premiere of direct-to-digital films, has proved that good stories go far and language barriers are fast closing. Vijay Subramaniam, Director and Head, Content, Amazon Prime Video India, said, “Premier Nishabdham/Silence – a title that celebrates superstar R.K. Brings Madhavan and Anushka Shetty together on screen, for our customers. The film will mark the digital debut of Anushka Shetty after the super-hit Season 1 of Amazon Original series Breathe and R.K. Madhavan back on Prime Video. The hugely popular actors will be seen together on screen after 14 years – the film promises to be a treat for the audience. “

“We are excited to bring the audience the yet awaited thriller Nishabdham in association with Amazon Prime Video.” Director Hemant Madhukar said, “Ever since we announced this project, the excitement of the fans to watch the film is evident. We are waiting for the right opportunity to bring this ambitious story, starring some of the best Indian talent, to the audience. The film was shot in both Telugu and Tamil parallely – with a global release on Amazon Prime Video across 200 countries and territories, we are delighted to take the film to the world of audiences.”

It was really nice to work with Madhavan

“Sakshi is very new to me as compared to the characters I have played till now.”, Nishabdham actress Anushka Shetty said, “A character that took me out of my comfort zone, a character I am happy to play. It was really nice to work with Madhavan, I have always been a fan of his work. Subbaraju, Avasarala Srinivas, Anjali, Shalini Pandey, Mitchell Madsen, Olivia Dunkley and our directors Hemant Madhukar, Mr. Vivek Kuchibhotla, DOP Shaneel Dev and all our technicians and crew team who are part of Nishabdham – thank you. We as a team look forward to bringing Nishabdham to all of you fans and viewers. Thanks also to Team Amazon for helping us reach the people who are connected with Amazon Prime Video globally.”

“I enjoy watching thriller films and being a part of them. Nishabdham is definitely one of the most interesting films that I have been associated with.” Nishabdham actor R. Madhavan said. “The story, set in the US and shot extensively in Seattle and other parts of the US, is relatable to a global audience. The launch of Nishabdham on Prime Video will give fans across the world an opportunity to experience its bold story. I look forward to the global premiere of Nishabdham on Amazon Prime Video – it’s my return to Prime Video after Breathe. It will be thrilling to release this film in 200+ countries and territories simultaneously.”