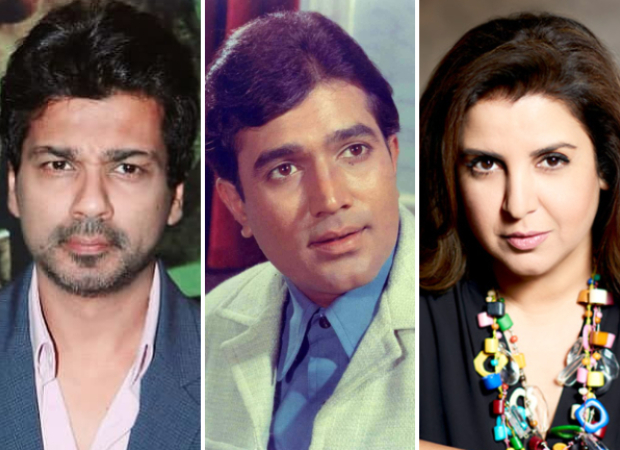 On the 79th birth anniversary (December 29) of Rajesh Khanna, there can be no better chance than to announce a film based on him. Kaka i.e. Rajesh Khanna, who made his place as the most iconic star of the country, entertained the world as the first superstar in true sense. Yes, finally someone is making a biopic on the Hindi cinema stalwart who delivered 17 big blockbusters in a row and was widely liked especially among women. Producer Nikhil Dwivedi has acquired the rights to Gautam Chintamani’s book, Dark Star: The Loneliness of Being Rajesh Khanna, which earlier topped the bestseller lead.

Rajesh Khanna’s biopic to be made

The love that Rajesh Khanna received from the audience and fans was quite different and one that came as a surprise, something that had never been seen before nor seen since. Such was his passion that female fans used to write him letters with blood, marry his pictures, and even more so when he married Dimple Kapadia (in March 1973), he broke millions of hearts.

The actor, who made his debut with Aakhri Khat (1966) created by Chetan Anand, had a similar set of failures as well as never-before-seen success. And of course, let’s not forget that his recovery was equally dramatic.

Born in the name of Jatin Khanna, people used to call the actor in the industry by the name of Kaka. However, unfortunately, he was misunderstood by many because of his distinct personality. Despite this, those who were close to him and were aware of his generosity. The way the actor is portrayed in Gautam Chintamani’s book and many different aspects will be brought to the big screen through the biopic produced by Nikhil Dwivedi, the original superstar of India. A tribute to

Well-known director Farah Khan is said to be directing the film, which she will script with Gautam Chintamani, everyone is waiting with bated breath to know who will play Rajesh Khanna. There is no doubt that it will not be easy for any actor to step into the big shoes of India’s only superstar, but one can be sure that if the actor signs up for the role and plays it perfectly. If so, he will surely make his own place with the Best Actor Awards.

Buy the rights to Dark Star

Nikhil Dwivedi says, “Yes, I have got the rights of Gautam Chintamani’s book Dark Star now and I am in talks with Farah Khan to make this film. That’s all I can give for now. As soon as there is a big announcement regarding the film, I will definitely share it with you guys. I am extremely excited to bring the biography of Rajesh Khanna on the big screen.”

Regarding this Farah Khan says, “Yes I have read Gautam’s book and it is very fascinating. It is definitely a very exciting story. Though we are still in talks on this so I cannot comment further on this.”