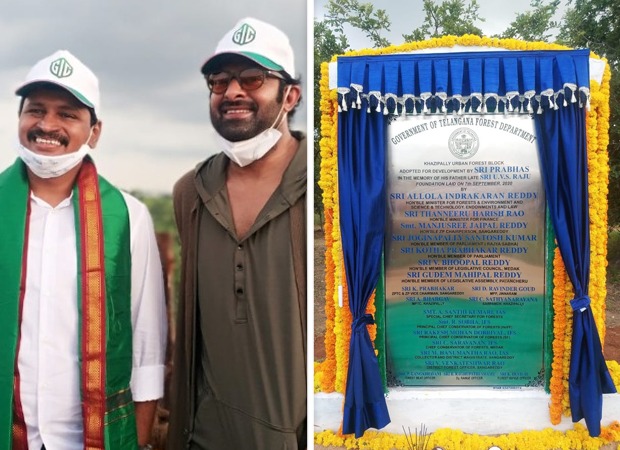 Popular actor Prabhas, who has made a different identity in films and ruled all hearts, has now set a new ideal by stepping out of the film world. It has been decided to fully develop the wide reserve forest area in 1650 acres near Hyderabad. He agreed to provide whatever amount would be necessary for the development of the forest area. This forest area is located in the Khajipalli village periphery of Sangareddy district, which is very close to Dundigal. This effort of his will not only accelerate the backward development of forests due to lack of resources, but will also prove to be a milestone in this direction.

Prabhas himself inspected the forest area

Prabhas himself inspected the Khajipalli reserve forest area along with Rajya Sabha MP Joginapalli Santosh Kumar to give this effort the form of a working system. He also said that he took this step only after being impressed by the “Green Challenge” implemented by Santosh Kumar.

This effort of his will not only provide a beautiful city forest park but also a new zeal and happiness to the villagers living in Khajipalli village and nearby areas. This city forest park will provide a golden opportunity to Dundigal, Gagillapur, Kistipalli, Gundalpochampally and other nearby places to live in pure oxygen and under the open sky. The glory of this forest area also increases because many types of medicinal plants are found here. Such initiative will give a new dimension to the ongoing tree plantation program “Harit Haram” in the state. The Nagar Van Udyan program highlights a balanced development in the state. Cities provide every person living with clean air, water, free from pollution and an opportunity to maintain good health.

Rajya Sabha MP Santosh Kumar has also adopted Keesara forest area for the rehabilitation of forests and has made every effort for its development. He apprised that such efforts would be continued and prominent industrialists would also be called upon to join such efforts.