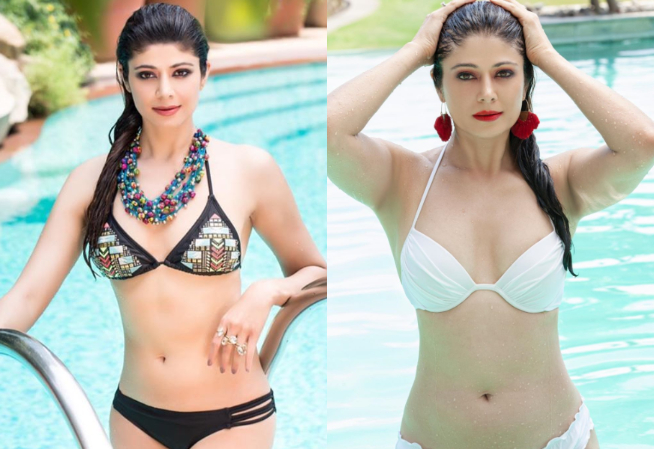 Bollywood actress Pooja Batra may be away from films but her activeness on social media makes her popular among people. Fitness freak Pooja Batra is also in self-isolation like everyone else during the Corona period. Due to Corona, everything has come to a standstill and people’s planning has also become useless. Due to Corona, people’s summer plans have been ruined. Like everyone else, Corona also failed Pooja Batra’s summer plans.

Actually, Pooja explained the failure of her summer plans through her Instagram. Pooja posted a funny picture of her summer plans which is related to ‘Expectation vs Reality’. In this post showing hope and reality, Pooja is seen in two different forms. Pooja has shared a collage of her two photos. In one picture, she is seen in a glamorous style wearing a poolside bikini, while in another photo she is seen alone at home lost in her thoughts. It is written above one photo, the plan of summer in 2020 and on the second photo it is written that the real situation is like this. This funny post of Pooja is being liked by the fans.

While sharing this funny post of hers, Pooja also asked the fans that who are feeling connected to it or if the same has happened to them. Please tell that Pooja Batra married Nawab Shah in a private ceremony in July last year.

On the work front, Pooja has worked in films like Virasat, Haseena Maan Jayegi, Nayak, Dil Ne Phir Yaad Kiya. On the other hand, Nawab Shah has made his presence felt in films like Musafir, Lakshya, Don 2, Bhaag Milkha Bhaag and Dilwale.