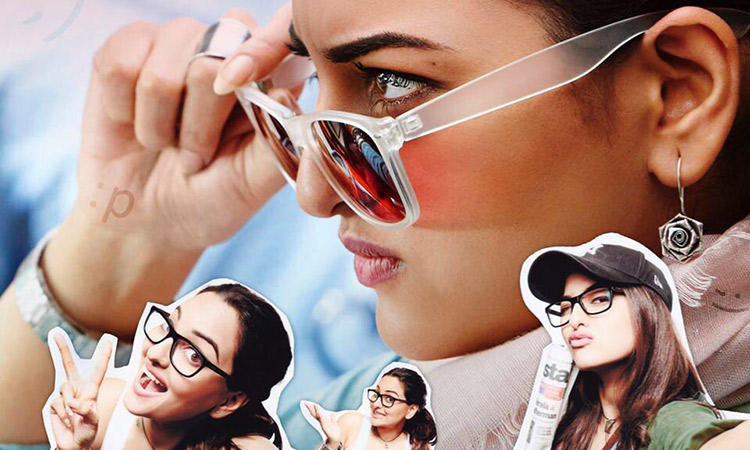 There are very few films in which the lead actress of the film has played the role of a journalist. And some of those movies are Satyagraha (Kareena Kapoor Khan), Madras Cafe (Nargis Fakhri), Page 3 (Konkana Sen Sharma), Lakshya (Preity Zinta), No One Killed Jessica (Rani Mukerji) and many more. This time, Sonakshi Sinha plays a journalist in the film Noor which released this week. Will this film be successful in collecting record breaking collections or will it fall on its face, let’s review.

Noor is a Bollywood drama film set in the realities of social life, which tells the story of a journalist’s adventures and mishaps as he guides himself through the city of Mumbai. The film opens with Noor (Sonakshi Sinha) and her loved ones including her father (Maharaj Krishen Raina), her friend Saad (Kanan Gill), her best friend Zara (Shibani Dandekar), her boss Shekhar (Manish Choudhary) and her friend. With the introduction of his maid Malti (Smita Tambe). Noor, who is a journalist and works in Shekhar’s office, handles a show ‘Mumbai’s Believe Aur Not’. But she doesn’t seem so happy with her work, so she keeps applying for jobs in reputed news channel CNN and gets rejected every time. And with this, Noor’s life goes on with ups and downs. One day, when her maid, Malti, returns to her work after a four-day holiday, Noor learns of some shocking news about her and her brother, which will change everyone’s life forever. Taxes it. What was that shocking news that changed everyone’s life, and how Noor copes with it, all this is known only after watching the rest of the film.

Noor, which is based on Saba Imtiaz’s book ‘Karachi: You Are Killing Me’, is in sync with today’s time and age in terms of its canvas and presentation. . The film’s screenplay (Althea Delmas-Kaushal, Shikha Sharma, Sunil Sippy) ties the film together. The film doesn’t have any of the stereotypes or stereotypes that are usually associated with a film of this genre. The script of the film carries a strong underlying social message. 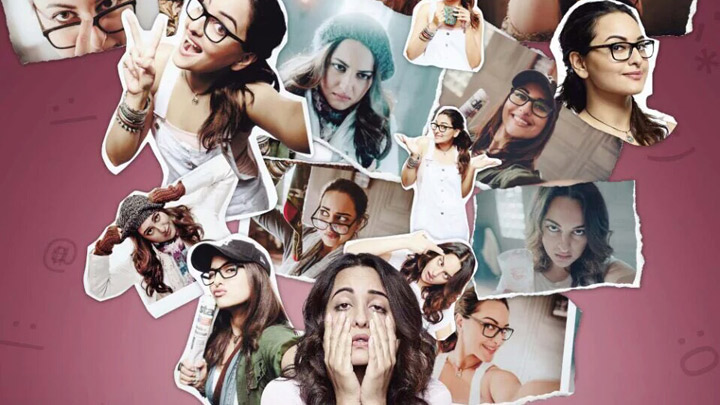 British-Indian filmmaker Sunil Sippy, who previously directed the offbeat film Snip, made his Bollywood comeback with Noor. The first 20 minutes of the film go into establishing the characters. The first half of the film is good but the second half of the film is going to spoil the fun due to the length of the film. The slow pace of the film after the interval becomes its biggest enemy. Had the climax of the film been strong, the film would have left a strong impact. That being said, the way Sunil Sippy handled the premise of the film, which is contemporary and just right, needs appreciation. The trials and tribulations that Sonakshi Sinha’s character goes through in the film will surely match with today’s generation.

On the acting front, Sonakshi Sinha, the very powerful Sonakshi Sinha, takes the entire film ahead on her own. She plays her character with so much honesty and determination, so much that you can’t even imagine anyone else for this role. It seems that this role is made only for him. On the other hand, social media star turned actor Kanan Gill has made his Bollywood debut with Noor in a very impressive manner. His presence is very sweet. Purab Kohli delivers excellent performance despite having an extended cameo. Smita Tambe and Maharaj Krishan Raina play their respective roles well. Sunny Leone’s cameo is good. The rest of the actors do their part very well.

The music of Noor (Amaal Malik) is quite heartwarming, with good entertainment portion coming in a small pack. On the other hand, the background score of the film (Naren Chandavarkar, Benedict Taylor) is good.

The cinematography (Keko Nakahara) of the film is good. He has done a commendable job capturing the corridors of Mumbai. The film’s editing (Arif Sheikh) could have been crisper. The film could have been shortened by about 20 minutes.

Overall, it is a must watch film for the message that Noor conveys.