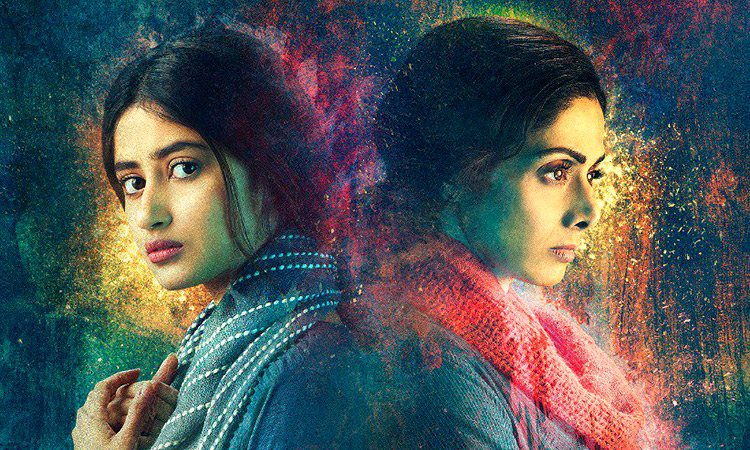 The role of a mother has always been paramount in real life and appears to be the same in movies as well. Many films have been made on the mother so far that depict the strong character of the mother, and one of them is the all-time classic film Mother India. Released this week is Sridevi starrer Mom, which depicts the power of a mother. Will MOM be able to prove to be the ‘mother’ of all movies in Bollywood or will it eat mouthfuls, let’s review.

It is always said that ‘Because God could not be everywhere, he created the mother.’ Mom is a heartwarming story that reflects the power of a mother instead of the above saying. The film begins with Devki (Sridevi) a school teacher punishing one of his students, Mohit, for sending obscene messages to his daughter Arya (Sajal Ali), who studies in the same class. Despite Sridevi’s love and affection for Arya, Arya cannot recover from the fact that she is his stepmother. There is constant tension between them. One night, when Arya goes to a distant cottage with her friends for a Valentine’s party, Mohit and his accomplices do not miss this opportunity and go there brutally rape them and throw them in the gutter. After this begins the courtroom drama, what happens after the courtroom series, in which finally the ‘powerful’ Mohit and his accomplices are acquitted and that too without punishment. Seeing Nyaya slipping from her hand, Devki approaches Dayashankar Kapoor aka DK (Nawazuddin Siddiqui), a small time detective, for her help. As Devki begins to punish the culprits, she comes under the radar of the very smart police officer Matthew Francis (Akshay Khanna). What was the reason why Arya hates her mother Devki so much, will Devki be able to expose the criminals or will she be caught by Inspector Matthew Francis while doing so, what happens to the culprits, and what happens to Arya? Justice is served, all this is known only after watching the film.

As soon as the trailer of Mom was released, it raised Sridevi’s daunting question ‘If you had to choose between wrong and very wrong, what would you choose?’ With it caught everyone’s attention. Thankful for Sridevi’s on-screen presence, the film’s trailer had created a buzz for the film. The film narrates a powerful story told by veteran director Ravi Udayavar. What sets Mom apart from other films of the same genre is its presentation and narration. Since the film touches on a very topical issue, it will surely be well received by the audience.

Though the film has a very gripping screenplay (Girish Kohli), it could have been more engaging and engaging, especially in the second half. Despite the presence of more than one cast in the film, the writers fail to maintain the same till the end. The story of the film (Ravi Uday, Girish Kohli, Kona Venkat) is about today’s reality and is written in a convincing manner. 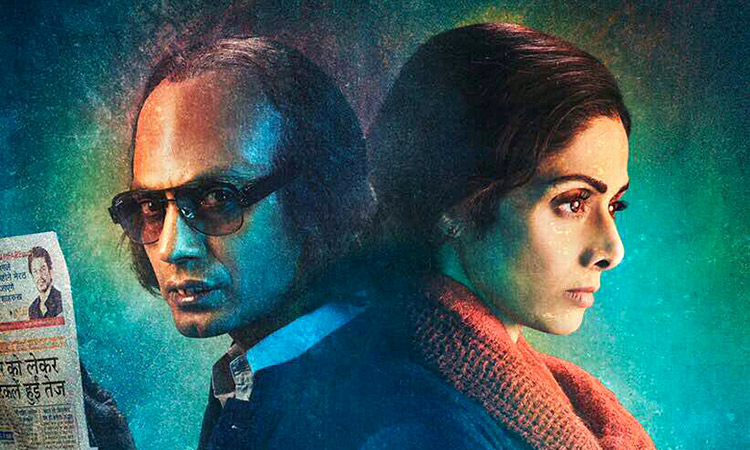 After carving a niche for himself as an artist, illustrator, graphic designer and an advertising filmmaker, Ravi Udayavar makes a strong debut as a debut director with Mom. Ravi really wins everyone’s heart with the emotional connect that he brings to the film. The first half of the film is very well shot with excellent sets and the characters are very well drawn in detail. The reason for the tension that arose between Sridevi and her daughter is shown in the first half itself. However, the film gets boring in the second half and gets pulled forcefully, especially before the climax. By the time the film reaches the climax, what had so far created a sensation for the film, slowly fades away. Had the film been shortened in length, it could have been more ineffective. Of all the high points of the film, don’t miss the climax scene of the film and the scene when Sridevi breaks down seeing her daughter in the hospital. This scene will surely give you goosebumps.

Talking about Sridevi, with Mom, Sridevi has touched the 300 mark in her film career i.e. Mom is her 300th film. Sridevi Mom is the lifeline of the film, and the entire film rests on her strong shoulders. Her aura, magic and the charismatic performances for which Sridevi is known, comes across in full swing in Mom. The way Sridevi works to nab the accused with the help of Nawazuddin Siddiqui, it seems really interesting. With Mom, Sridevi once again proved that she is still one of the best actresses of Bollywood. On the other hand, there is Nawazuddin Siddiqui who can rightly be called a ‘versatile genius’. The ease with which she has portrayed her character in Mom is truly commendable. His look and performance in the film is beyond words. It is no less a pleasure to see Sridevi and Nawaz together on the big screen. Apart from this, the pleasing Akshaye Khanna, who is covered in wax, adds life to the film. It feels great to see him in a strong role after a long time. Apart from him, there were many other great actors in the film like Adnan Siddiqui and Sajal Ali. Mom, in fact, turns out to be a blazing film with excellent performances in which the actors play four criminals.

The film has exceptional cinematography (Anay Goswami), while the editing (Monisha R Baldava) of the film is just good. The film could have been cut for stronger effect. The action scenes in the film are also executed very well.

Overall Mom is a powerful film which depicts the horrors present in today’s society and tells how this world is still unsafe for women. This film effectively shakes you to the core. Watch it for its bittersweet content and Sridevi’s best performance.