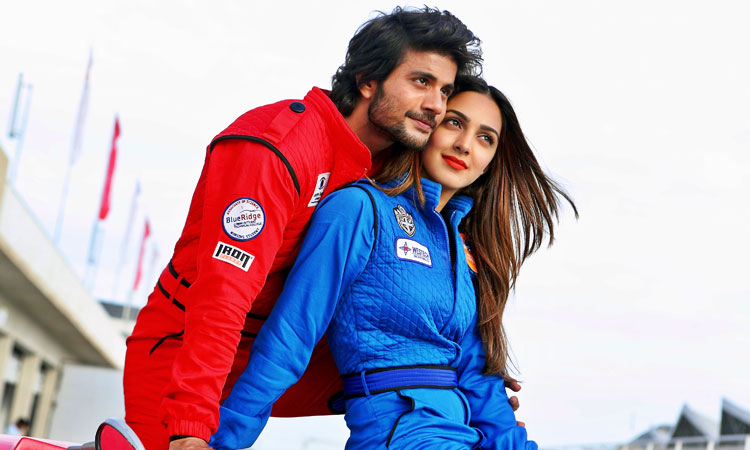 Bollywood has always been surrounded by stars and godfathers. Rarely has it been seen that an artist has reached the lofty heights of stardom without a well-known godfather. This week’s box office release Machine, which is Mustafa Burmanwala’s debut film. Mustafa is the son of Abbas Burmanwala (Abbas of the famous director duo Abbas-Mustan). Will Machine show a promising ‘Sun-Rise’ in Bollywood or will it turn into a ‘worn-out’ affair at the box office, let’s review.

Machine is essentially a love story (written by Sanjeev Kaul), which thrives amidst the greed of money and mysterious circumstances. The film begins with the introduction of the extremely helpful Saira Thapar (Kiara Advani) in picturesque northern India. This is followed by the ‘harsh’ introduction of Ranch (Mustafa Burmanwala), who falls in love with Saira at first sight. This is followed by a car race, which is won by Dashing Ranch, who does not believe in the concept of ‘use the brakes’, which turns out to be the secret to success. Saira, who is very famous and very attractive among her friends, starts receiving gifts from a mysterious admirer of hers. And when Saira expects her mysterious fan to hatch, it is later revealed that he was her best friend Raj. And when Raj is about to tell Saira about his feelings, a speeding vehicle blows him up and he dies there, along with another member of the gang of friends, who is Saira.

loved to Amidst all this, a very upset Saira not only finds peace in the ranch but also marries him. Soon after, Ranch leaves for Georgia to compete in one of the most prestigious car racing championships. And here he falls madly in love with Serena Alert (Carla Ruth Dennis). Ranch meets with Serena’s father, Krause Walter (Dalip Tahl), and expresses his desire to marry his daughter. Ranch’s mysterious past and what her life will turn into next, all this is revealed only after watching the rest of the film.

When the promos of Machine were released, it failed to make any impact as is usually associated with Abbas-Mustan films. Instead of talking about Ghuma Phira, it can be said that the film has a very weak screenplay (Sanjeev Kaul), which largely throws the film into a quagmire. This film does not offer anything new and it shows everything that has been shown in many films till now. The weak script beats the film everywhere. There is no denying the fact that the writing of the film could have been higher. The film’s dialogues (Sanjeev Kaul), apart from being devoid of one liners, are very average and leave no impact. Some lines come out as uncountable. The humor is completely suppressed in the film.

After directing thriller films like Baazigar, Race, Race 2, the director duo Abbas Mustan changed their track with their film Kis Kis Ko Pyaar Karoon, a romantic-comedy film. This time with Machine, Abbas Mustan once again made his comeback in the thriller films he is known for. Everyone knows that Abbas Mustan’s film is known for its stylish appearance, thrill, unexpected turn and 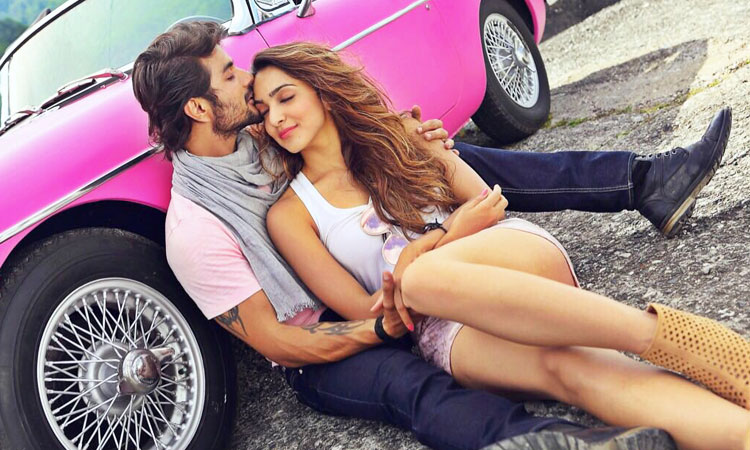 The suspense along with the twist is much awaited. Machine follows Abbas-Mustan’s trademark film making style but, the film’s average story spoils the fun of the film. The film slows down in the first half as the film initially follows the same rough track wherein a boy and a girl meet and the two have a romance and then a marriage. The real story of the film actually starts after the interval. As the film progresses, a glimpse of Baazigar starts appearing in the machine. There are unexpected turns and twists in the second half of the film, which pick up the pace of the film. The fact that the film’s climax is extremely long and drawn out, therefore, fails to touch the heart. In films where twists, adventures and suspense are the mainstays, it requires simplification of the story without any confusion. However, Machine is a confusing film despite having all the elements of a thriller.

On the acting front, the film is made entirely for debutant Mustafa Burmanwala. The film serves to showcase his skills for Mustafa. Sadly, Mustafa Burmanwala, despite coming from the lineage of famous filmmaker Abbas-Mustan, seems to be (obviously) struggling in the machine. Mustafa, who is good in many places, has a lot of things that need to be polished. And one of them is his dialogue delivery, especially during emotional scenes. Even though his performance in the film looks serious enough for his character, the flip side is that he fails to make a mark. The film gives him ample opportunities to show all possible ‘hero wale’ skills. He definitely has a long way to go to become a big name of Bollywood. On the other hand, two films old Kiara Advani, (who was last seen in

M.S. Donnie: The Untold Story) plays a strong writer in the film. She looks very promising and extremely capable as an actress. Kiara, who looks promising with beauty, does justice to her character in this film. Ronit Roy, who is at his best, looks excellent in the ace film. Johnny Lever’s track feels completely inappropriate and forcefully tamed which could have been avoided. Experienced actors like Dilip Tahil and Sharat Saxena had nothing to do. Even the actors who played Mustafa and Kiara’s friends deserved better names and better talent.

Abbas Mustan’s films (Khiladi, Race, Baazigar), which were mainly love stories and thrillers, always had good music. The music (Tanishk Bagchi and Zeus) of Machine is absolutely mediocre. The lack of good music in the film also acts as one of the weak points of the film. Even the popular song ‘Tu Cheez Badi Hai Mast Mast’ was completely ruined in the film. On the other hand, the background score of the film (Sandeep Shirodkar) is good and helps to lift the story of the film.

The cinematography (Dilshad V A) of the film is superb. The way he has portrayed the locals of Georgia is just amazing. The editing of the film (Husain e Burmawalla) is good and does not affect the film in any way.

Overall, Machine is a very simple film. Lack of emotion with weak script, unkempt faces and mediocre music, for the film at the box office