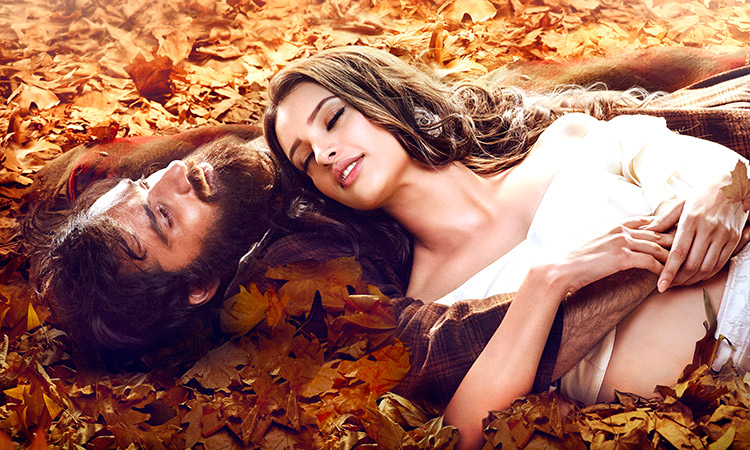 The immortal love story of Laila and Majnu has attracted people from many countries for centuries. In Bollywood also, about 4-5 films have been made on the loving couple. And now Imtiaz Ali has come up with his new age film Laila Majnu based on today’s lovers couple. The film is directed by Imtiaz Ali’s brother Sajid Ali in collaboration with Ekta Kapoor. So can the new age film Laila Majnu do justice to that sentiment of the lovers and emerge as an entertaining film? Let’s review.

Laila Majnu is the story of lovers who are not made to do things together. Laila (Trupti Dimri) is a flirtatious girl from Srinagar who loves to attract the attention of boys. One day he meets Kais Bhat (Avinash Tiwari), a Casanova and has just returned from London. The first meeting starts with a clash between the two and then slowly she falls in love with him. Kais’s father is a very big businessman and he has a figure of thirty-six from Laila’s father. As the story progresses, Kais-Laila meets. Love starts growing between them. Which is not justified according to family relationships. The story of Laila-Majnu takes different turns and eventually ends in the way you can imagine. However, you will have to watch the film to know what happens in the end.

Sajid Ali’s directorial debut is quite good and he certainly seems to be inspired by his brother Imtiaz Ali. He keeps the audience hooked but he fails to create mass appeal for his film.

Laila Majnu begins with a mixed reaction. Laila is presented very differently but showing her flirtation seems incomprehensible. The film starts to look good when Laila and Kais start seeing each other. The intermission of the film takes place at a very crucial juncture. The film ends on an unconventional note. The performances are exemplary though.

Avinash Tripathi delivers a confident and impressive performance. He disguises himself as Majnu. Tripti Dimri disguises herself as a lively Laila. Sumit Call is the surprise of the film. He plays his character well and this film will give him a different identity. Parmeet Sethi and Benjamin Gilani give good performances. Other actors fit well in their respective roles.

Music by Joi Barua and Niladri Kumar is essential for the film. Not all the songs are memorable but they add to the impact. Hitesh Sonik’s background score is also very well done.

Sayak Bhattacharya’s cinematography is superb. Kashmir has been captured in many films but never done like this. Niharika Bhasin Khan’s costumes are very authentic and the production design is also authentic. Editing is simple and clean.

Overall, Laila Majnu is a film packed with some great performances but it is not meant for the mainstream audience. Also, it will be challenging to collect impressive numbers at the box office due to less buzz.