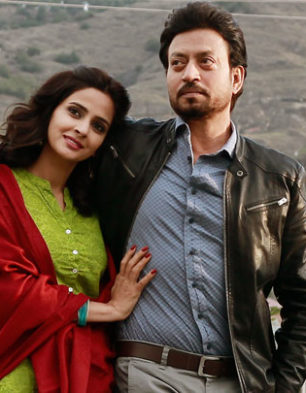 Despite Hindi being the primary language of India, many people take great pride in speaking English. Exactly the same scene we get to see in the education system also where people make every effort to get their children admitted in English medium school as compared to Hindi medium school. The film Hindi Medium, which released this week at the box office, is an attempt to show the mirror of the condition of the prevailing education system of our society. Will it succeed as a ‘medium’ in educating the audience, or will it die down, let’s review.

Hindi Medium is a sweet, light-hearted, romantic tale (written by Zeenat Lakhani, Saket Choudhary) of a couple who try to move to an English-speaking society for the sake of their daughter. The film begins on a day in the life of the Batra family, which consists of a boutique owner Raj Batra (Irrfan Khan), who is busy convincing his customers that he is no less than Kareena Kapoor. Apart from Raj Batra in the Batra family, there is also his wife Meeta Batra aka ‘Honey’ (Saba Qamar), who is in any way trying to get their only daughter Piya Batra (Dishita Sehgal) admitted to the best English school in Delhi. Are ready to go to great lengths. After reading a magazine survey of top schools in Delhi, the Batra family begins the admission process of their daughter Piya. After getting rejected from almost all the schools, the Batra couple get themselves admitted in a ‘counsellor centre’, where they not only train themselves to crack the interview, but also take care of their dress and beauty i.e. Counselors go to the center to bring about a change in their living style. Despite all efforts, when Piya still fails to get admission in Delhi’s top English schools, the only solution left with her is to pretend to be falsely poor from a ‘reasonably rich’ family so that her daughter to get admission through ‘poor quota’. While pretending to be poverty, he meets his selfless neighbor Shyamprakash (Deepak Dobriyal), a living example of the proverb ‘Love your neighbor as much as you love yourself’. The bond of friendship gets stronger when the Batra couple gets to know that Shyamprakash has also applied for the admission of their son in ‘Poor Kota’ like their daughter. Can the Batra couple reveal their true identities to the very helpful Shyamprakash, does Shyamprakash ever get to know about the financial reality of his neighbor Batra, what happens to Piya’s academic future, and what happens next, All this comes to light after watching the film.

When the promos of Hindi Medium were released, it managed to create expectations due to its strong storyline. The film is, in fact, an extension of what was shown in the trailers. The film’s screenplay (Zenet Lakhani, Saket Choudhary) is woven in a way that depicts the trials and tribulations of the parents and the impact it has on their relationship with their family as well. Hindi Medium film depicts various aspects of Indian education system like government school vs private school, English-Hindi divide, importance of English and complete experience of school admission process. Although the film appears to be based on a serious subject, the screenplay is intertwined with light-hearted scenes and humour. What works in favor of the film is that the filmmakers have not attempted to preach anywhere in the film and as such they have kept all the characters as well as the situations as realistic as possible. The film’s dialogues (Amitosh Nagpal) are extremely effective, especially the one liners. 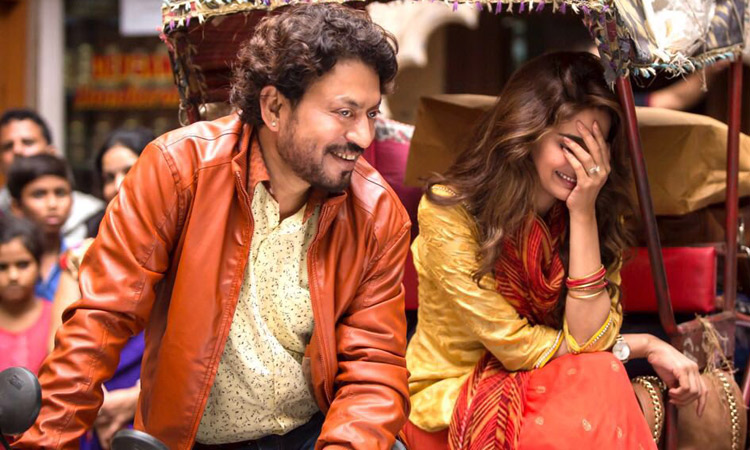 Saket Chaudhary, who worked as an assistant director in the Shah Rukh Khan-Juhi Chawla starrer Phir Bhi Dil Hai Hindustani, made his debut as a director with the film Pyaar Ke Side Effects, followed by Shaadi Ke Side Effects. . This time Saket Chaudhary has emerged as a clear winner through Hindi Medium. This film shows a considerable change in his skills as compared to his previous films. He is given all out numbers for making such a great film that delivers a serious message in a very light-hearted manner. Here, the casting director of the film Honey Trehan must be credited for choosing all the characters. The proceedings of the film incorporate human feelings of humor and seriousness in a perfect proportion. While the first half of the film is very good, its second half loses its momentum in the context of the film. Since the film addresses a serious issue, the context of the proceedings could not transfer to the humorous tone it had in the first half. Don’t miss these scenes, and they are:- Irrfan Khan and his daughter suddenly dancing during a party, Irfan Khan’s salesmanship in a shop, his photography with his wife ‘exclusively’ for Facebook and the climax .

The film also has some shortcomings. A song featured in the film in which public school children are seen cleaning up, could have been completely removed from the film, as it brought out a negative image of the public school. Even in the climax, a song sung by the kids sounds too gimmicky, which could have been avoided. Had the last song been replaced with a heartwarming speech by Irrfan Khan, the message would have reached the right way and would have made a strong difference. Irrfan Khan’s speech in the final could have been vocally stronger to achieve the desired effect.

Talking about acting, Hindi Medium is completely Irrfan Khan’s film. Irrfan Khan takes the story of the film with the same excellence as his character. That is, Irrfan Khan has played his character in the best way. Irfan’s expression of emotion with his own eyes is really commendable. His comic timing in the film is remarkable. With this film, Irrfan Khan proves himself as a brilliant actor. On the other hand, Pakistani actress Saba Qamar has made her Bollywood debut with this film in a very strong and impressive manner. Apart from portraying her character well, she has gone step by step with Irrfan Khan in terms of actual performance. Apart from him, there is the ever-reliable Deepak Dobriel, whose simplicity and exuberance captivates you. His scenes are extremely powerful and they reflect the values ​​and values ​​of the lower class of the society. The impact of his character is so huge and magnetic that, by the end of the film, you want to see your friend and neighbor as him. The academic counselor (Saritha Choudhary) is impressive, unfortunately, Amrita Singh as Principal Lodha, is completely in vain in the film. Malaika Dua is excellent in her part.

The film’s music (Sachin-Jigar) is situational, with two songs (‘Suit Suit’, ‘O Ho Ho Ho Ho’) topping the charts. On the other hand, the background score of the film (Amar Mohil) is good.

The cinematography of the film (Lakshman Utekar) is skillful. On the other hand, the editing (A Sreekar Prasad) is good.

Overall, Hindi medium reflects the functioning of the education system. It is a relevant and timely film that will make you laugh and get emotional at the same time. At the box office, the film will be appreciated by all sections as well as by the audience. Do go see it.