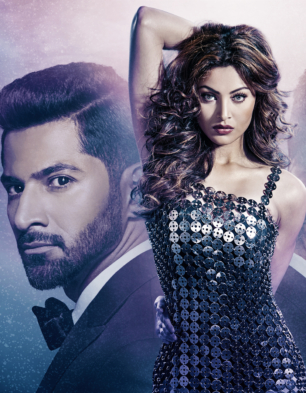 Hate Story has been a successful franchise and Hate Story 3 did tremendous business at the box office. And now comes the fourth installment of the film, Hate Story IV, which released in theaters today. So will this film be able to entertain the audience like its earlier parts? Or like the recent adult films, let’s review.

Hate Story IV is the story of a girl who causes a rift between two brothers. Tasha (Urvashi Rautela) wants to become an actress but she does not get success. But one day her luck turns when she meets Rajveer (Karan Wahi), a photographer by profession as well as a connoisseur of women. He is attracted by Tasha’s glamor and recommends her to his brother Aryan (Vivaan Bhatena) and his girlfriend and business partner Rishama (Ihana Dhillon), who are looking for a new face for their cosmetic brand. Is . Tasha joins his company and becomes quite famous. Aryan and Rajveer both get hooked on Tasha and try to get closer to her. Meanwhile, their father Vikram Khurana (Gulshan Grover), who is running for the London mayoral elections, advises his two sons not to do anything wrong that could hamper their chances of victory. Things start to deteriorate when Tasha starts getting involved with both Aryan and Rajveer. Meanwhile, a mysterious blackmailer also emerges, who has photographic evidence of all dark exploits including murders. What happens next, will be known after watching the rest of the film.

Hate Story IV starts off with a plot-filled opening credits and it’s done quite well. The first sequence is unpredictable as the film starts midway and then the story goes into flashback mode. Some of the erotic movies released recently failed as they didn’t have enough dose of sex which they showed in the promos. But in this case Hate Story IV is an exception. The film is packed with enough hot scenes and thrills and that gives the target audience value for their money. Despite the many twists and turns, the story of the film is simple. In addition, Hindi sub-titles are shown during all English dialogues. These efforts show that the makers want to ensure that the audience at B and C centers can enjoy the full film.

Sameer Arora’s story is a bit weak and at one point turns into many twists and turns. But Sameer Arora and Vishal Pandya’s screenplay is simple and effective, though it fails to neatly hide some flaws in the film’s story. Milap Milan Zaveri’s dialogues are catchy and big. But practically it is not appropriate to have a punchline in every sentence. Vishal Pandya’s direction is good. He makes sure that the film turns out to be a complete commercial film.

Talking about the acting, Urvashi Rautela definitely looks provocative in the film and it comes out very well. Even in terms of performance, she plays both good and bad sensual characters. Karan Wahi looks dashing and performs well. Vivaan Bhatena has a small role and plays his character as per his requirement. Ihana Dhillon’s screen presence is limited but she does justice to it. Gulshan Grover gives a very entertaining performance. Tia Bajpai (Bhavna) and Shaad Randhawa (Ashwin Chowdhary) fit in the special roles. Mohit Chhabra (Ron) and Rita Siddiqui (Monica) are average.

The music of Hate Story IV is in sync with the story of the film. ‘Aashiq Banaya Aapne’ is the best of all songs. ‘Boond Boond Mein’, ‘Badnaamiyan’ and ‘Tum Mere Ho’ are fine and all these songs are full of intimate scenes. Sadly, ‘love is intoxicating’ goes in vain. The background score of Sunny Bawra and Inder Bawra is quite encouraging and adds to the drama and thrill in the film. Sunita Radia’s cinematography is clean and the film has been shot in some of the most beautiful locations and homes in England. Manish More’s editing is eye-catching, while Neesha Sharma and Shyamali Arora’s costumes are quite glamorous, especially the ones worn by the girls.

Overall, Hate Story IV does justice to the intimacy and thrill that were the main reasons for the series’ success. At the box office, it will prove to be a safe bet for filmmakers considering their investments and returns.