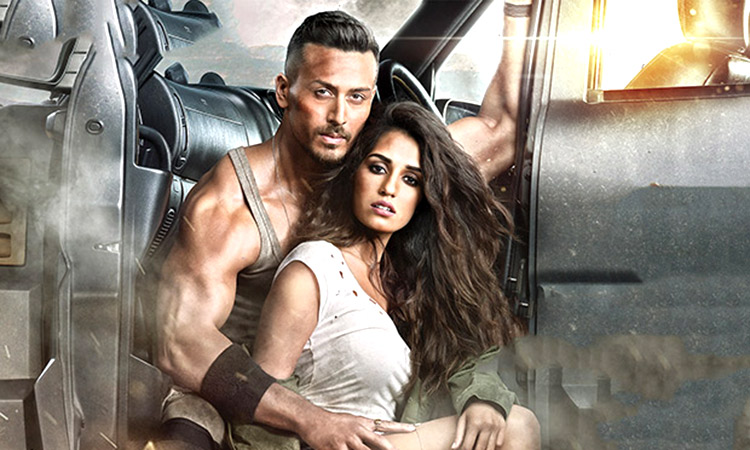 Action has been the main element of Bollywood movies and it is as important as song and dance. Although action films are regularly churned out by Bollywood, there are many existing actors who do not fall into the category of action stars. But Tiger Shroff has emerged as an action hero in the new artist category. Action is his specialty and the way he kills the villains is quite entertaining. And due to the action avatar, he has become a favorite of the people and due to this popularity, the sequel of his film Baaghi, Baaghi 2 has been released in theaters this week. So will it emerge as an entertaining action film that surpasses its first run or will it defy the expectations, let’s review.

Baaghi 2 is the story of a fearless rebel who goes on a dangerous mission when his girlfriend is in dire need of his help. Ranveer Pratap Singh (Tiger Shroff) is a brave army officer. One day he gets a call from his ex-girlfriend Neha (Disha Patani). She asks him for his help in finding her daughter Riya, who is kidnapped two months ago. Ranveer starts searching for Rhea without delay. But there is no witness to that kidnapping. Some people say that Neha had no daughter at all. Even Neha’s husband Shekhar (Darshan Kumar) confirms this fact. Shekhar tells Ranveer that Neha has posttraumatic stress disorder, due to which she imagines her daughter being kidnapped. Ronnie tells this to Neha but Neha remains adamant on her point. Ronnie refuses to believe. And this thing of Ronnie compels Neha to take such a step which shakes Ronnie. What happens after this, it is known only after going to the theater and watching the whole film.

Baaghi 2 begins with an exciting phase. As expected, Ronnie’s entry is quite strong. Viewers expect action as he heads to Goa to find the missing Rhea. Sadly, two songs have been replaced one after the other. This reduces the effect a bit. A bunch of characters are introduced in the next 30-40 minutes and they give a new twist to the story. Thankfully all these characters are shown for one reason or the other. There is uncertainty in the story too, which makes it a good film. But the film suffers from a lack of logic. Apart from this, fight scenes are seen just before the interval. There are many action scenes in the second half and they definitely impress the audience. At the same time, the ensuing emotional scenes go down in the heart. The climax is full of fight scenes and the last scene of the film is very cute.

Baaghi 2, directed by Sajid Nadiadwala, is inspired by a Telugu film Kshanam but has a weak storyline. Though logic has no place in masala films, the level of silliness in this story is very high. Jojo Khan, Abbas Hirapurwala and Neeraj Mishra’s screenplay takes a new twist without reason and is not devoid of logic. In the climax, it slows down a bit during the flashback. It may be difficult for some viewers to guess what really happened. Hussain Dalal’s dialogues are quite spectacular and make the whistle blow. Ahmed Khan’s direction seems to have improved a lot as compared to his previous efforts. He needs to improvise in many scenes but overall, the simplistic way in which he makes the film is commendable.

On the acting front, Tiger Shroff delivers a superb performance and successfully enters the serious zone. It is really interesting to see that he appears angry and calm at the same time. His action and dance are completely money-worth as expected. Unfortunately, Disha Patani’s screen presence is very less and she still has a long way to go when it comes to her acting chops. Her chemistry with Tiger Shroff though is good. Manoj Bajpayee (Ajay Shergill) delivers good and impressive performance as per the requirement of his character. Randeep Hooda (Lodha Singh Dhul aka LSD) plays the funniest character in the film which is really cool. The audience will surely die for his antics. Prateik Babbar (Sunny) is seen absorbed in his character. Deepak Dobriyal (Usman) leaves an indelible mark with his performance and one-liners. Grandmaster Shifuji Shaurya Bhardwaj (Colonel Ranjit Walia) looks pretty good, but sadly, he doesn’t have much to do this time. Darshan Kumar (Shekhar) is quite fine, while Sunit Morarji (Sharad Koot) looks overboard. Jacqueline Fernandez looks very hot in her item number.

The songs of the film are strictly just fine but barring the item number, the rest don’t make the desired impact. ‘Mundiyaan’ is forced but still it is good. ‘O fellow’ is lovely while ‘low journey’ is meaningless. Julius Packham’s background score is quite impressive.

Santhan Krishnan Ravichandran’s cinematography is captivating. The aerial shots in particular are captured quite well. The action sequences of Ram Chela, Laxman Chela, Kecha Khamfakdi and Shamsher Khan are quite entertaining and form the mainstay of the film. Rameshwar Bhagat’s editing is fine and the film could have been a little shorter. Laxmi Keluskar and Sandeep Meher-Lasa’s production design is rich.

Overall, Baaghi 2 is packed with exceptional action sequences and stellar performances from Tiger Shroff but it lacks a compelling and convincing screenplay. At the box office, the film will be successful in garnering crowds due to its long weekend. However, the actual test of the film will start from Monday.