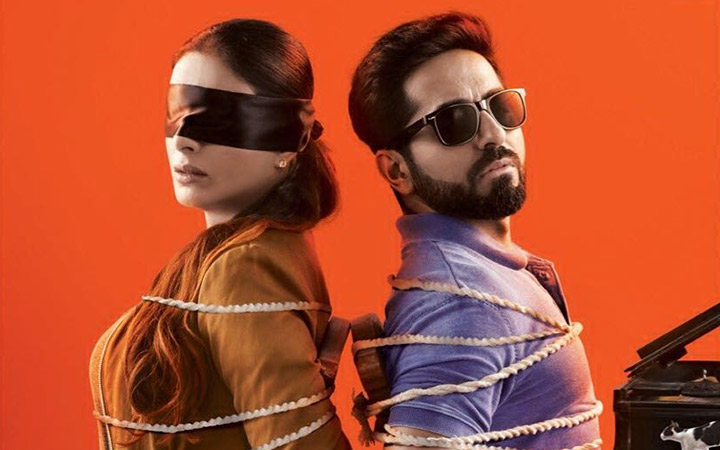 Many Bollywood filmmakers have used blindness in their films in an interesting way to make films and most of these films were really liked by the audience. In recent times, capable [2017], eyes [2002]milf black [2005], fana [2006]Birds [2010] In films like Adi, blind characters were depicted and an attempt was made to give a different touch to the film. And now filmmaker Sriram Raghavan, known for his crime thriller film, has used this aspect of blindness in a different way in his film, Andhadhun, which released this week. So will Andhadhun turn out to be an exciting film? Or it will fail in its attempt, let’s review.

Andhadhun is the story of a creative artist who gets involved in a crime scene. Akash (Ayushmann Khurrana) is a blind piano player living in Pune. While crossing the street, he meets Sophie (Radhika Apte), who runs a restaurant named Franco’s with her father. Sophie is impressed by Akash’s piano skills, so she hires Akash for Franco. Akash impresses the guests of the restaurant as well as Sophie with his skill. Both fall in love with each other. Franco has a frequent customer who is veteran actor Pramod Sinha. He has said goodbye to films and now does real estate business. Three years ago, he is married to Simi (Tabu), who happens to be his second wife. Pramod Sinha has a daughter from his first wife, Dani. Pramod is enamored of Akash’s performance and it also touches his heart that Akash recognizes Pramod only by his voice. Pramod on his marriage anniversary asks Akash to come to his house to play the piano which will be like a private concert for Pramod and his wife Simi. And the same night, Pramod tells Simi that he is going to Bangalore for some work. He deliberately lies to Simi so that he can surprise her and show Akash’s concert. The next day, Pramod is shocked to see that Simi is sleeping with her boyfriend, Inspector Mahendra (Manav Vij). He gets mad seeing this and shoots himself. A few minutes later, Akash comes for that private concert. What happens after this will be known after watching the rest of the film.

Andhadhun’s first half is exceedingly excellent. The introduction of the characters of the films is superb and soon the story of the film begins. Many surprises are seen every 10-15 minutes. But the real fun of the film begins when Pramod Sinha is murdered and Akash reaches his house. This scene is believable. All the scenes from here take the film to twisting heights – be it the scene of the police station or Manohar going to Akash’s house or Akash going to Pramod’s house for the second time or the scene of the prayer meeting. Intermission scenes raise the tension level in a significant way. The second half begins with a surprising turn. Though even the audience seems to be attached to the film but after that, the film starts falling apart and seems incomprehensible. The film proceeds in an unrealistic manner which has nothing to do with the first half. Here new characters are added while important characters of the first half are removed. In fact, the first half and the second half seem to be completely different films. The climax of the film is quite interesting and the final scene is worth watching.

Ayushmann Khurrana has done light-hearted but out-of-the-box films so far. Andhadhun is his first serious/intense film in which he excels in every way. His character is very challenging as there are many colors and secrets hidden in his character. He gives a superb performance. In the scene where Pramod Sinha is killed, and the scene which comes just after the interval. Ayushmann has already given many strong performance films and this film will add another star to his film career. As expected, Tabu gives a superb performance. The way she plays mind games and tries to manipulate situations on multiple issues is quite funny. Radhika Apte plays a lively character and gives a decent performance. But alas, there is not much for them to do in the second half. Anil Dhawan delivers a stellar performance and leaves an indelible mark. Manav Vij’s entry scene is quite chilling and it is worth noting here how much he speaks with his eyes. This is a great performance. Ashwini Kalsekar (Rasika) gets caught up in the scene where she is discussing the murder of Pramod Sinha. Zakir Hussain (Dr. Swami) is quite quirky and adds humor to the film. Gopal Singh (Sub Inspector) is fine. Chhaya Kadam (Maushi) is one actor who is worth watching. Kabir Sajid (child) is very nice and very funny. Kalakar, who plays Murleem Mrs. D’Souza, plays his character well.

Amit Trivedi’s music is beautiful and fits in well with the story of the film. ‘Naina Da Kasoor’ is the better of all the songs and is foot-tapping. ‘Laila Laila’ is followed by good song which comes immediately after ‘Naina Da Kasoor’. ‘O Bhai Re’ is quite bizarre while ‘Woh Ladki’ comes to the fore at a turning point in the film.

Daniel B George’s background score plays a vital role in enhancing the impact of many scenes. The piano scene is excellent. K U Mohanan’s cinematography gives the film an immersive feel. Moreover, Andhadhun is one such rare film that has been shot entirely in Pune and depicts the city in a way that has never been shown before. Snigdha Pankaj and Anita Donald’s production design is rich and engaging, especially in Pramod and Simi’s house. The costumes of Anita Shroff Adajania and Sabina Haldar are also quite attractive, especially the one worn by Radhika Apte. Action scenes of Parvez Khan are realistic. Pooja Ladha Surti’s editing is quite sharp.

Overall, Andhadhun is the quintessential thriller/thriller film. There are very few Bollywood movies that can surprise you with their thrillers. Although the second half falls a bit, but still this film will be worthy of praise from the audience. Do see it.