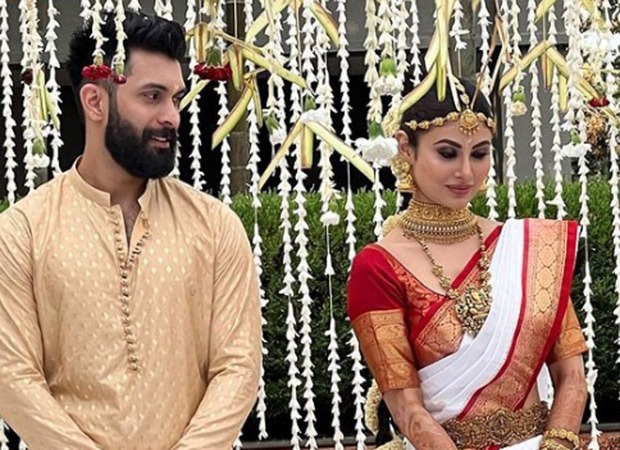 Bollywood actress Mouni Roy has tied the knot with her long-term boyfriend Sooraj Nambiar. Mouni Roy and Sooraj Nambiar got married as per Malayali rituals in Goa amidst their family and some close friends. Photos of Mouni Roy’s wedding, who became a South Indian bride, have been revealed, in which Mouni, who became a bride, looked very beautiful on her special day.

During the wedding, Mouni wore a beautiful traditional red border saree in white color and she completed her bride look with golden jewellery. On the other hand, Suraj wore a golden kurta and white lungi on his wedding day. 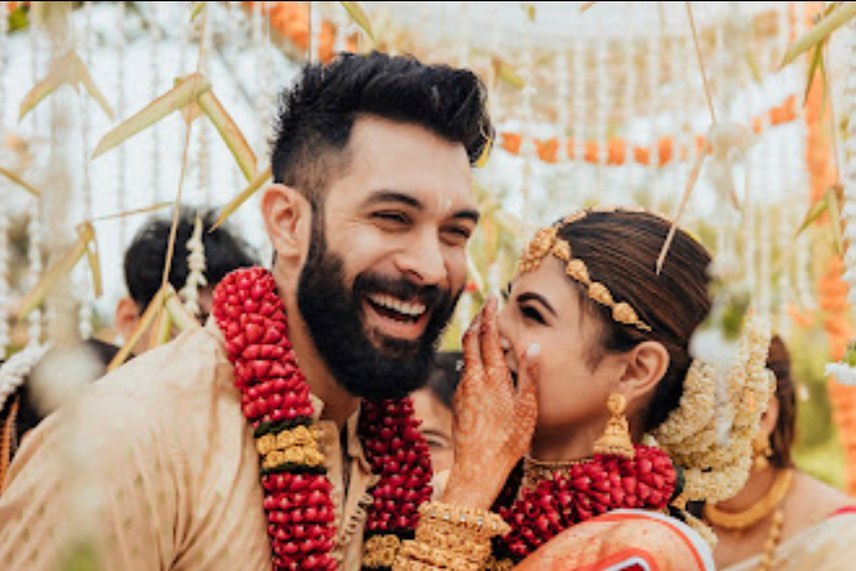 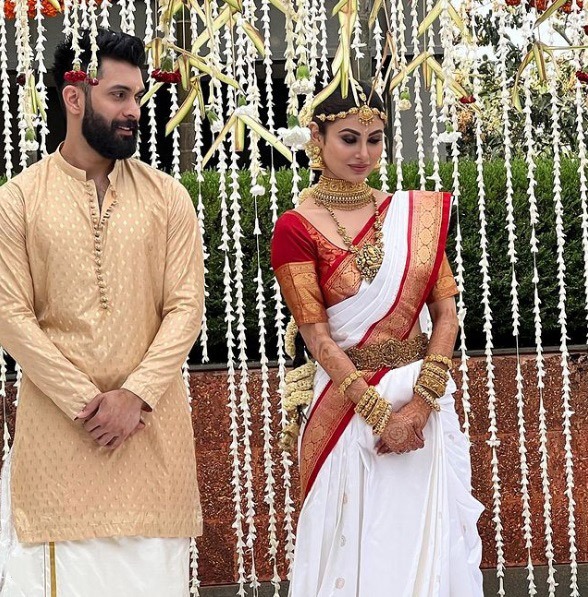 In Goa, in the presence of family members and friends, Mouni and Sooraj took seven rounds as per Malayalam rituals. Now after the wedding ceremony, Mouni has shared some unseen photos on Instagram. Sharing these photos, Mouni wrote, “Finally I found you. Hand in hand… Blessings of family and friends… We are now married. Need your love and blessings. Love Sooraj and Mouni.”

Mouni and Sooraj also celebrated their Haldi and Sangeet functions with much fanfare with friends and family. Some videos of Mehndi function are going viral on social media in which Mouni and Sooraj Nambiar are seen dancing fiercely.

While Mouni danced fiercely on the song ‘Mehndi Hai Rachne Wali’ with Sooraj Nambiar, Sooraj was also seen swinging with her. During this, all the celebs who attended the wedding were also seen enjoying this function a lot and everyone danced fiercely.