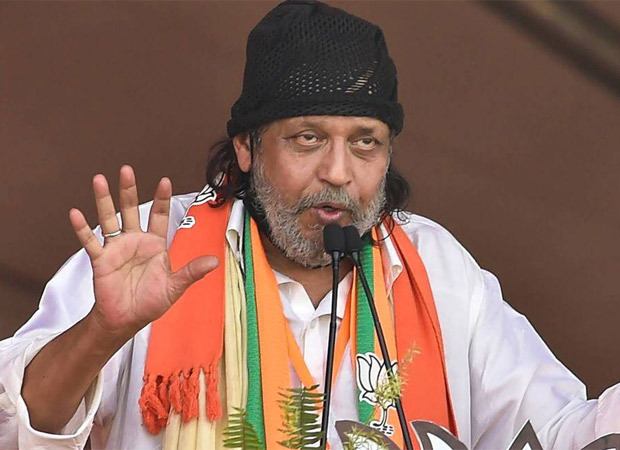 Mithun Chakraborty started his second innings in politics, called himself ‘Cobra’ as soon as he joined BJP

After all the speculations, final actor Mithun Chakraborty joined the Bharatiya Janata Party on Sunday. Mithun announced to join BJP at the election rally of Prime Minister Narendra Modi at Brigade Parade Ground in Kolkata. Mithun Chakraborty, who joined the BJP ahead of the assembly elections in Bengal, was welcomed into the party by BJP’s national general secretary Kailash Vijayvargiya and state BJP president Dilip Ghosh and others.

Mithun Chakraborty calls himself a cobra

Describing himself as ‘Cobra’ in BJP’s election rally, Mithun said, “I am the real Cobra. I am not Joldhara snake, not even Belebora snake, I am cobra. I will do all the work in one byte. (Ami joldhorao noi, bele borao noi … ami iqta cobra, ek chobol-e chobi)”

Let us tell you that after four years of political retirement, Mithun has started his second innings. Earlier, Mithun has been close to the Chief Minister of the state Mamata Banerjee and has also been a Rajya Sabha member of her party Trinamool Congress. In 2011, when Mamata Banerjee ended 34 years of Left rule in the state, her popularity was on the rise. Then Mithun was invited by Mamta Banerjee to join politics. Mithun accepted the offer.

In 2014, Mithun reached the upper house of Parliament by winning the Rajya Sabha election on the ticket of Trinamool Congress, but in his tenure of about two and a half years, he could participate in parliamentary proceedings only for three days. In 2015-2016, when Mithun’s name was also involved in the Saradha chit fund scam, he resigned from the Rajya Sabha in December 2016. After this he distanced himself from politics and retired from the political world.

On the film front, Mithun, who has won the National Award three times, was last seen in Vivek Agnihotri’s film The Tashkent Files. And now soon he will be seen in The Kashmir Files which is also directed by Vivek Agnihotri.