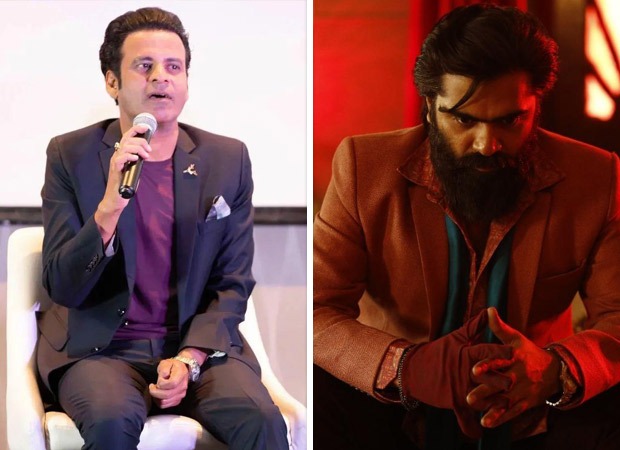 Gowtham Vasudev Menon’s motion saga ‘Vendhu Thanindhathu Kadu’ starring Silambarasan (STR) has launched its Hindi trailer. One of the highlights of the trailer is the Hindi dubbing of the Tamil language movie by among the finest actors of our nation – Mr. Manoj Bajpayee. Written by Jayamohan, the movie takes its core from a well-known cinematic trope – the victory of the downtrodden, the rise of the human spirit above all odds. VTK is a pure, life like and highly effective motion drama. The movie has a scintillating soundtrack by AR Rahman and lyrics by Thamrai. The movie marks the third collaboration of the actor, music director and movie director trio who’ve delivered memorable cinema previously.

On the trailer launch of the movie for the Hindi viewers, director Gautham Menon mentioned, “We are extremely happy to have a sensible person like Mr. Anil Thadani as our distributor. His keen eye for good content and suggestions has helped us take our Tamil film subtitles to the Hindi audience. We are very glad that Manoj Bajpayee lent his stellar voice to our trailer, which introduces Muthu (STR’s character) into the film and rules the world he lives in later. Manoj Bajpayee talking about an action-packed gangster film is like his Bhiku Mhatre (from RGV’s Satya) character.”

Gautham also added, “The music of VTK film is a major highlight – AR Rahman performed live at our audio launch and working with him has always been a great experience. I am glad that he has made his music four moons. We have recreated the main title track which is the most popular song from Tamil to Hindi and will be released soon. This song will definitely be popular in Hindi in Tamil.”

Distributor Anil Thadani said, “It is a pleasure to release #VendhuThanindhathuKaadu in North India in association with AA Films and Wells Film International, Silambarasan TR, Gautham Vasudev Menon and AR Rahman. The film is a real story on the journey of a boy to the underworld. It reminded me of Satya & Co. With South Indian film making waves, I hope Vendhu Thanindhathu does well here.”

Actor Simbarasan TR (Simbu) mentioned, “It is always great to work with GVM and it is a privilege to act in Rahman sir’s music and together our combination becomes extra magical! Muthu will prove to be a milestone in my career. This role has demanded a lot from me and I have given it my all. Hope the audience will love our realistic take on the gangster story.”

Producer Wells International Ishari Ganesh mentioned, “Wells International is proud to produce this powerful film, directed by Gautham Menon and our South Superstar STR, with music by Mozart of Madras, which has already charted. is on top! We are confident that this film is our aim to make more content based films and this film has all the elements that will make it a commercial blockbuster and delight audiences across India and the world.”

In the present state of affairs of South movies doing effectively in India and world wide, VTK is without doubt one of the few movies to see a Pan India launch in its native language, Tamil. This can also be as a result of character “roots of his native culture” performed by Simbu in Part 1. Subsequent components will launch in a number of languages ​​because the character strikes from Tamil Nadu and settles in Mumbai.

Produced by Wells International Mr Ishari Ganesh in his native Tamil language, the movie is distributed by Mr Anil Thadani (AA Films), a famend producer and distributor within the Hindi belt. The movie is all set for its Pan India Tamil launch with subtitles in English. The movie is releasing worldwide on September 15, 2022.